Yay, a new Chronicles of Ixia book! I was pretty surprised when they announced this book; after the first trilogy with Yelena and Valek (the Study trilogy), I wasn’t expecting Maria V Snyder would revisit this world. We then got the Glass series and now Shadow Study, which is part of the new Soulfinder series.

I loved this world Snyder has created, so I’m curious to see what will happen this time around! 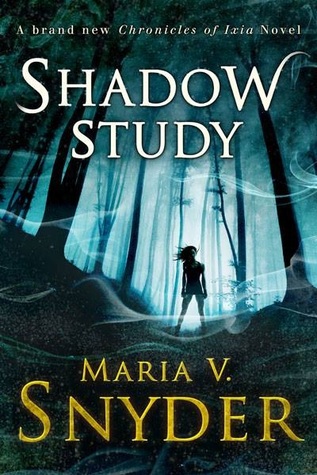 When Yelena was a poison taster, her life was simpler. She survived to become a vital part of the balance of power between rival countries Ixia and Sitia.

Now she uses her magic to keep the peace in both lands—and protect her relationship with Valek.

Suddenly, though, dissent is rising. And Valek’s job—and his life—are in danger.

As Yelena tries to uncover her enemies, she faces a new challenge: her magic is blocked. And now she must find a way to keep not only herself but all that she holds dear alive.