I started off this TV season with trying to review whatever I watched weekly, but I quickly fell behind with that. I’ll try to keep it up a bit more when the shows come back in January, cause I do like writing about the shows I watch this way. For now, I’ll just review what I’ve seen so far: we’re halfway through the 2009/2010 season, with most shows going on a break for the Christmas holiday (or longer). I watch a quite a bit though, so I’ll be doing these reviews in multiple parts (at least 3 I think).

This has got to be my new favourite show this season! I love the musical numbers they do each episode, and some of the guest stars they’ve had are amazing (loooved Kristen Chenoweth). So many of the songs have been added to my music library, of which most of them I like more than the originals. Highlights for me were Don’t Stop Believin’, Maybe This Time, Somebody To Love and Defying Gravity. Here’s the Glee version of Defying Gravity:

While I love the songs, the story lines don’t always work for me. I think it’s mainly because I’m liking the side characters more than the ones they are focusing on. I want to see more of Kurt, Mercedes, Artie and Tina! I loved the one episode focusing on Kurt and Artie (Wheels); we finally got to see a softer side to Sue Silvester and Kurt’s story with his dad was just touching. But why don’t we see what happens with Artie and Tina? They just left us hanging there, and it hasn’t been revisited since.

I’m glad the two main “secrets” were finally revealed, maybe they can focus now on some other things. I really liked the one-off pairing of Puck and Rachel, and I hope maybe the writers go in that direction again. Plus I like Puck’s voice way better than Finn’s who seems to be getting most of the main guy vocals (even Kurt’s and Artie’s voices I prefer over Finn). One final thing: yay for Emma and Will!

Glee returns on April 13 in the US (eek, that’s a long wait!) and will begin airing in the UK on Monday January 11th (re-airing the pilot at 9pm with the second episode straight after it).

This series had a rocky start for me, cause I was constantly comparing it to the books they’re based on. They are loosely, very loosely based on the books, with characters and events kind of inspired by them. Around episode 4 I accepted that they weren’t like the books and started following it with a more open mind. It reminds me a lot of Roswell, which weirdly enough were also based on books I loved and which turned out nothing like those books, but was still enjoyable. Mysterious stranger comes to town, girl-next-door falls for him, attacks on people in the town are being made, alien/vampire boy knows it’s someone like him, girl finds out he’s not “from this world”, they team up to find who is behind the attacks. Both Roswell and Vampire Diaries fit this description, right? 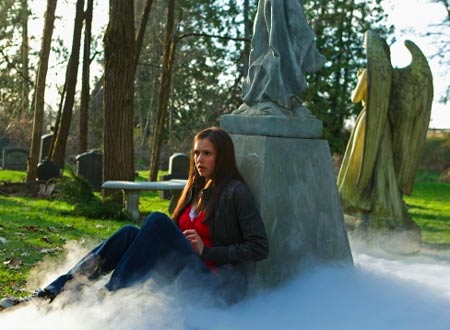 Is it great TV? Well, it’s not the type of show to win awards or stuff like that. But like Roswell, it’s so enjoyable. Ian Somerhalder (Damon) is hot in this and is deliciously arrogant and funny. Nina Dobrev’s Elena is a much kinder and identifiable person than how she was originally written, and I’m warming up to her. This series wouldn’t have worked if Elena remained the stuck-up snow queen, icy bitch she was in the books. I like how they’re actually expanding Bonnie’s role more with her witch powers being much more fully developed. I’m really curious as to how the second half of this season will be and if it will stick to the main plot of the original story (especially in regards to the antagonist), but even if it doesn’t I’m hooked now!

Vampire Diaries returns on January 21 in the US with episode 11. In the UK, it will air on ITV in the new year.

I loved last season’s finale and was surprised to discover how much they revealed. Peter being actually from the other world (at least it was strongly implied), Walter having crossed over to the other world and stolen him, finally meeting William Bell. The finale was awesome! This season started off with just as a great episode: more reveals, more surprises. Great season, right? Well, kind of. I adore the archy bits of the show, and, while still entertaining, the stand alone episodes can be a bit of a drag. I understand they can’t make it too archy, that would scare off viewers and be difficult to keep up, but for me the archy episodes are just more interesting (and often less predictable).

I tried the Spot-the-Observer in every episode (if you hadn’t noticed yet, The Observer appears in every single episode in the background, just search for the YouTube video of that), but after like 5 minutes my brain forgets and isn’t paying attention to that anymore. I did like the Observer-centric episode, but it only left us with more questions: are there more Observers? What are they each specifically observing? Are they time travelers? Why was he named August? Argh! 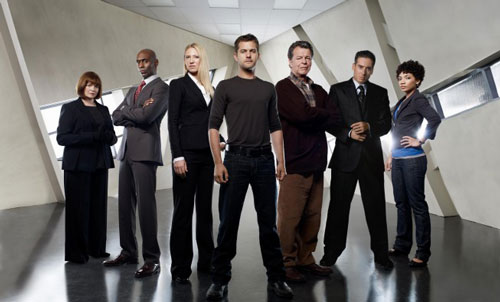 I’d love to see more of the other world and William Bell; they are so key to all the mysteries. Also why haven’t we seen anymore of Olivia’s psychic abilities? I thought they’d revisit that this season? Anyhow, it’s still an interesting show and one of the more watchable sci-fi-ish stuff on TV right now.

Fringe will return on January 11th in the US and is currently airing on Sky1 in the UK.

This is one of the shows that has had lots of ups and downs the past years; it started out great (loved season 1 and 2), but after that it got a bit meh. I still watched it, I love the characters and the cases every week, but you could see it didn’t feel as good as the those initial two seasons. I’m glad I continued watching though, cause I’m really liking this season so far. There have been quite some changes for the interns and residents of Seattle Grace, and most of them for the better.

Mer and McDreamy are finally peacefully together and although there is still drama in their life, that drama is not about their love life. And it’s refreshing. It’s good to see them both in such a good place, with Mer being way more stable and the optimist, not more the dark and twisty one. I think there are enough interesting stories for them as a couple, without the drama being the never-ending loop of them splitting up and getting back together again. 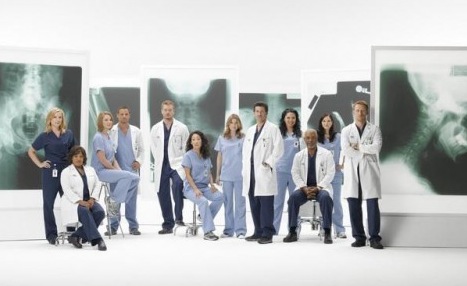 Then there’s Christina and McArmy. Loving their tormented story. Although the addition of Teddy has me slightly worried. Not another triangle! Another good change in my eyes is less Izzy. I used to like her with Alex (and Denny in the 2nd season), but so far every episode without has felt better. There are so many other interesting stories this year: Mer and little Grey, Callie and Arizona, little Grey and Marc and Marc’s pregnant daughter, the new interns vs our old interns, the Chief’s downhill slide; so far I think this season has been much better than the the previous two. Grey’s Anatomy is once again a show I’m really looking forward to every week.

Grey’s Anatomy will return on January 14 in the US and will start airing season 6 in the UK in January.

Wow, season 6 already. Desperate Housewives hasn’t been “must-see” TV for me for ages (it’s had good and bads per season though), but it’s one of those shows you can easily watch while doing other stuff (be it folding up laundry or reading papers). The mysteries of this season are pretty intriguing: who strangled Julie and what is the new family on the block (the Bolen’s) hiding? Drea de Matteo (The Sopranos and Joey) as Angie Bolen is pretty interesting as our new ‘housewife’, kind of replacing Edie as the not very polished, says what’s on her mind character. But with a much more mysterious past. So how about the other housewives? Nothing really that pops out as “Ooh! That was exciting and such a great episode!”

Desperate Housewives return on January 3 in the US.

That’s it for this first part of the TV series halfway season review. Except the next ones in the next two weeks; haven’t reviewed loads of shows yet, like Flashforward, the new Melrose Place and the Big Bang Theory.