My arm is finally starting to feel better, and I’m slowly getting back to sitting longer behind my laptop. It’s still not completely healed, but it’s much, much better than the past couple of weeks. I’ve got so many blog posts to catch up on: my final movie and book reviews of 2009, the Secret Santa I organized and more.

Here are some short review of books I read last year:

A Song of Ice and Fire – George R R Martin

Ages ago I tried reading A Game of Thrones and just couldn’t get through it. When I heard HBO was making a TV show out of them I knew I had to give them another try. Maybe I was too young the 1st time around, cause this time around I loved the books. The story, the characters, the world, everything is so detailed and built up, I think I might be spoilt for other series. I still have to read the fourth book (A Feast For Crows), but the first three are amazing.

I’m now so looking forward to the HBO show, I just hope they get this right. This is the type of fantasy TV show I’ve been hoping for; something that’s more like a costume drama, just not set in our world. 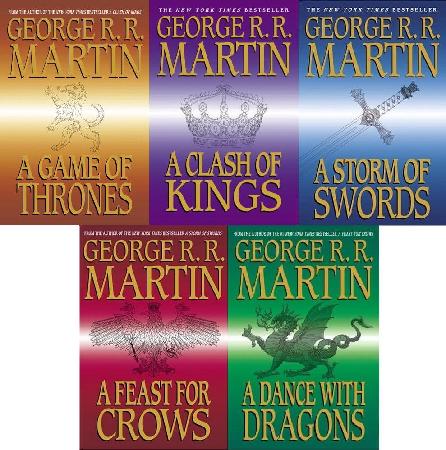 I really enjoyed these books, it’s again a cool different type of world. In this case it’s set in our world, but with demons, vampires and shapeshifters. The demons (with which the series starts) are the most interesting species with the characters each having elemental powers. The series starts off pretty cool, with some revelations being made over the demons and their back history. There are 5 books in the Nightwalkers series (Jacob, Gideon, Elijah, Damien, Noah) from Jacquelyn Frank. The story continues in her next series Shadowdwellers, about the 4th species in that world, but these 5 form a complete story. 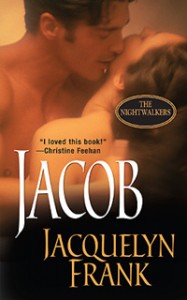 I read this series a couple of years ago… and absolutely hated it. Well, I liked the premise, but somehow at the time I just didn’t like the ending. Re-reading it now though makes me realize how your tastes do change through the years. This time around I loved every bit of it.

The trilogy is about Sonea, a young girl who lives in the slums and finds out she has magical abilities. But as long as the city can remember only people from the upper classes have been found with magic and have gone on to train at the Guild. The first book drags on a bit and it only really becomes interesting once Sonea is actually at the Guild learning her powers. There are some cool concepts in here, like the way the magic works. 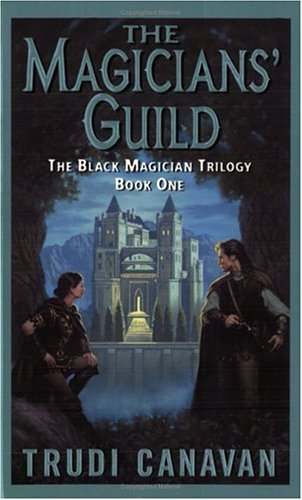 The 7th book in the Heart series from Robin D. Owens. I didn’t love this book as much as some of the previous ones, but still an enjoyable read. Heart Fate is about Tinne Holly, the younger brother of Holm Holly (who was the hero in book 3) and his heart mate Lahsin Yew. 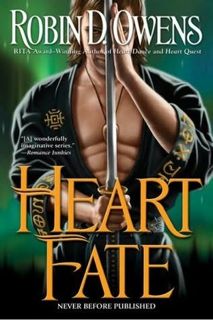 I loved Poison Study and Magic Study (the first two book from this series) and had been looking forward to their conclusion for ages. I won’t say anything about the plot, cause I’d otherwise spoil the first two books too much. Yelena is a great character and it’s cool to see how much she grows during the series.

I liked Fire Study, but somehow at the same time I was a bit disappointed by it. I think I just wanted it to be more than it was; with characters and a world this rich, I was expecting a grand emotional finale. It’s sort of there, but it’s missing that special something that makes me fall in love with a book. 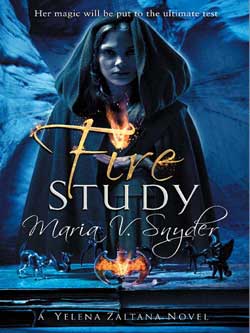 Two books from Lynsay Sands’ new Rogue Hunter series; it’s basically a continuation of the Argeneau series (same world, same recurring characters) only she ran out of Argeneau family members to write about.

The first books from the Argeneau series were hilarious, they’re the funniest romance books I’ve read. But the last couple ones… meh. They’re still okay, but I’m missing the funny in them. The Rogue Hunter has some cute moments in it, but most of the plot is pretty boring. The Immortal Hunter, however, gets interesting again, setting up a new main storyline and mystery. I can’t wait to see how this continues. 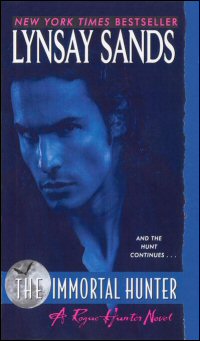 I’m a fan of Flewelling’s other series, The Nightrunners, and was curious to see more of one of the stories we heard about in there. This trilogy takes place a couple of hundred years earlier, when the country Skala is being ruled by an usurper king. For Skala to prosper though, there must always be a Queen on the throne, so the current king is secretly murdering his own female king to protect his own reign. Following prophecy, two wizards spellbound a princess at birth, with a glamour to disguise her, making her look like her dead (sacrificed) brother. The girl grows up believing she’s a boy…

The premise of this book is pretty unique, yet without interesting characters this could have failed completely. The characters and the world that Flewelling has created are fascinating; I sped so quickly through these books, I just wanted to know what happened to them as quick as possible. Great books, I recommend them to anyone who wants a cool new fantasy world. 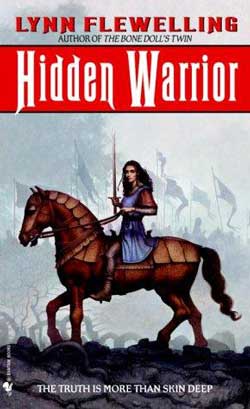 I read the first two books of this series in early 2009 and finally got around half a year later to finish this series. The books are about the world of Lladrana, where forces of darkness have invaded. The different factions of the world resort to their final option: Summoning their prophesied saviours from the Exotique land aka Earth.

Each book is about the summoning of a human to this strange world where they each discover they have magical abilities. What I loved about these books was how unpredictable they were; they didn’t follow the standard romance formula. Plus it’s got a great fantasy story with lots of magic and talking hamster!

Protector of the Flight (US), Keepers of the Flame (US), Echoes in the Dark (US)