TV Preview: The Legend of Korra

Nickelodeon finally officially announced the sequel to Avatar: The Last Airbender! It (as expected) will be called The Legend of Korra and will feature the female waterbending Avatar, Korra. 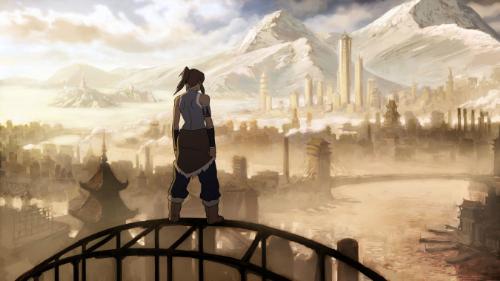 You can see the full press release here. What’s mainly got me excited is this bit though:

Her quest leads her to the epicenter of the modern “Avatar” world, Republic City – a metropolis that is fueled by steampunk technology. It is a virtual melting pot where benders and non-benders from all nations live and thrive.

I know, I know, that was far too many exclamation points, but the fangirl in me couldn’t resist. I already was looking forward to this show, but with the added element (pun not intended) of steampunk it’s now pretty high on my MUSTSEECANTWAITFORTHIS list.