I’ve always been more of a fantasy/romance reader, but ever since reading Feed (you can still enter the giveaway I’m holding) I’ve got a craving for near-distant non-apocalyptic but-set-in-the-future stories. Daybreak Zero looks interesting and has a very intriguing description:

A year has passed since the catastrophic event known as “Daybreak” began.

Simple, but it makes me really want to read it! 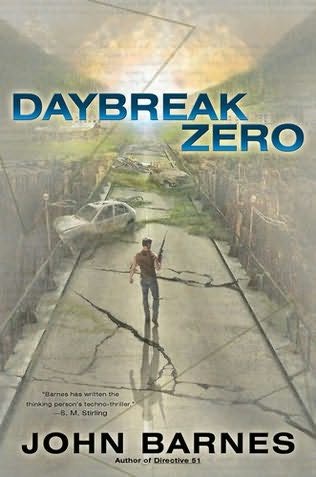 It’s out in hard cover next month, but I think I should wait till it comes out in paperback (can’t find out when that is, though). I wish I could have a library full of hard cover books, but I’m already running out of space as it is!