It’s time for another half year round-up post and this time it’s all about games! I started this post last Thursday, but with all the busy-ness around BarCampBerkshire (more about that later!) I couldn’t find the time to finish it. The cool thing though is writing this post actually inspired me to talk about these games at BarCamp and giving people the opportunity to share what they were playing.

In total I played 7 games the past half year, completing 6 of them. One a month that’s not too bad! Btw, if you want to add me as friend: I’m Rivanny on Xbox Live and MissGeeky on PSN.

I used to be mainly a Playstation gamer, but in the past year I’ve noticed I’ve really started to like the Xbox 360 much more. It’s mainly because the PS3 dashboard sucks a lot in comparison to the Xbox one; I always get confused on the PS3 as to where I’m supposed to look and find things. I think that’s mainly cause the PS3 is more text based than the colourful pretty image based Xbox. On top of that, the OCD green monster in me loves the way Xbox handles its Achievements; being able to compare your Achievements to your friends and trying to do better than them is so addictive.

As a kid/teen, I loved those creepy Twilight Zone-y Stephen King-esque TV series. More often than not they would be about a stranger coming to a small town and something paranormal would happen in one way or another (and how often was the protagonist a writer?!?). Alan Wake feels like one of those TV shows. The game is split into 6 chapters, with each one ending with a cliffhanger of sorts and each subsequent one starting with the opening’s title and a summary of what happened last time. It actually feels like you’re playing a TV show. I thoroughly enjoyed that structure; it gives you an easy way to put the game down, come back a week later and get up to speed with what the story was again. The story is about bestselling thriller writer Alan Wake, who suffers from a two-year long stretch of writer’s block and travels with his wife Alice to the small town of Bright Falls for a short vacation. The game starts with Alan coming to in a crashed car a week after he arrived in Bright Falls, not remembering anything of the past few days or what happened to Alice. And he’s being attacked by mysterious shadows, who clearly want something from him.

The gameplay is quite interesting; instead of just having to shoot the “monsters”, you first have to shine your flashlight at it to destroy all the darkness inside. Only then can you switch to your gun and kill it. Walking around the levels is creepy as hell; you know how when you’re watching a horror movie and a character walks into a dark room and you just know something is going to jump out any moment? It’s exactly that, but way more effective, cause you’re actually controlling the reaction. It’s not for everyone, but I really enjoyed it and gets your heart racing in a relaxing manner (the same way watching a horror movie can be weirdly relaxing).

Epic. Despite what you might have heard about the ending, most of Mass Effect 3 is good. It’s got some of best story lines I’ve seen in a video game and it’s hands-down the best sci-fi universe created in recent years. What annoys me about most sci-fi books/games/movies with aliens is that it almost always ends up being about the humans vs the aliens. What I love about Mass Effect is how you have all these different species with their own unique background stories and conflicts. It’s pretty much the same reason why I loved Babylon 5; the humans are only one small piece of this big universe (sidenote: if anyone can recommend books with a similar premise, let me know in the comments).

If you haven’t played any of the games, I’d recommend going back to the start and actually play 1 and 2 (although if you really can’t be bothered with the first one or are playing on PS3, try at least to play ME2). The story in ME3 is great, but it makes the most impact when you’ve been around these characters longer than just the one game. There’s a part in ME3 that actually made me cry, but I know that this is only the case because I played the second game.

The ending… I am a little bit disappointed with those final 10 minutes, that they weren’t as awesome as they could have been, but they don’t negate the fact that the entire series has given me over 100 hours of great gameplay and storytelling. Plus I choose to believe a certain theory which (if true) makes everything in the game make sense. At this point I don’t even care anymore if this theory is true, but for me in my mind everything feels nicely wrapped up. And I’m happy with that.

I also of course have to mention the multiplayer; I can’t begin to count the number of hours I’ve lost into playing that. I wasn’t expecting to like it that much, but it’s been so much fun and it’s great being able to play WITH friends (instead of having to run around and kill your friends). You play in a team of four and have to survive 10 waves of alien attacks, with a mission happening during your 3rd, 6th and 10th wave (like defend a certain position). There are three difficulty levels (Bronze, Silver and Gold) and the further you go the more you start thinking about battle tactics and how to combine different powers, characters and weapons. It’s a lot of fun, especially when you have friends shouting at you through your headset.

Ah, Fable 3. I enjoyed Fable 2 a lot, and while I did complete Fable 3, it felt as if it was a much simpler game than 2 was. Having seen trailers for the new Fable addition, it seems to me as if this series is progressing in the wrong direction. Well, wrong for me. Fable 2 had your standard RPG type menu with an inventory, overview of your powers, a map, etc. In Fable 3 this was replaced by a magical series of rooms. Yes, rooms. Each time you wanted to look at your map or change a weapon, you got transported to a room and then had to walk to whichever thing you wanted to check. Seriously?!? Whoever came up with that *brilliant* idea? I love the jokey, non-seriousness of some aspects of the game, but I still expect there to be a decent game basis. There were just too many bits of Fable 3 where I felt like I was wasting time doing trivial stuff.

I had heard about the problems of this game beforehand: the boss battles were a lot more annoying than the normal fights and the game felt unbalanced. I still wanted to play this game though, so I ended up trying it on Easy: and it’s a whole lot that way. I was mainly playing this game for the story and couldn’t care less about how tricky I make it for myself. For the achievements, there’s also NO difference at all with playing this game on Easy vs Normal. There’s a special achievement for playing on Legend, but every single other achievement you can get on Easy.

I loved most of the world they described, but not what they chose to show. You start off the game in the slick offices of Sarif Industries with the promise of this high-tech advanced society. Instead you end up on the “futuristic” streets of Detroit, which just look like normal streets, and the high-tech offices and shiny apartments, which just look like normal offices and apartments. Everything looks so bland and copy-pasted; there’s not enough character in the surroundings. Things get a bit better once you’re in Hengsha, but I just have a feeling this all could have been done better. 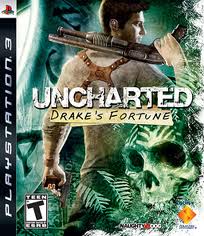 If I had played this game when it originally came out (5 years ago), I would have been more impressed with it. It’s a good game, but there are a couple of things that didn’t feel as slick as they could be (especially the trophies, but I understand they were only added later). The story is great though, and I’m really looking forward to playing the sequels.

Because I was a Playstation gamer before last year, I had never played any of the Halo games. Cristiano has always been saying how good it was, and how much fun he had playing it with his house mates, but I always thought it was just another first-person shooter. I’d also never had an Xbox (or a good PC) to try them out on. So when the anniversary edition of Halo: CE came out, Cristiano finally convinced me to play the co-op game together. And of course it was a lot of fun.

The anniversary edition is basically a remastered version of the first game, with updated graphics, added online co-op, achievements and hidden content. The cool thing with the updated graphics though is that with just one key press you can switch back to how the old game looked like; it’s not exactly a useful feature, but I thought it was pretty neat. The hidden content includes terminals that provide new back story, and skulls that can change the gameplay (like most of the sequels of the original).

I’m not great at FPS’s (my aim sucks), but the co-op campaign is quite doable with the two of you (although we did struggle a bit with the last mission). You get just as many aliens attacking you as you would when alone, and being with the two of you makes the respawn work much more to your advantage. The story is great, and I really want to continue with the series now. ANybody have an idea whether Halo 2 will be remastered soon?

This is the one game I haven’t completed yet… and I’m not sure I will. I like the story and I like the world, but there are just certain parts of the gameplay that annoy me. The battle mechanics aren’t fun to me at all; it almost feels as if I’m learning all the skills and powers as I would for a D&D game. Which is fun for a D&D game, but in a video game I want something a bit more thought-out than that. Then there’s the way you have conversations with NPCs; it sometimes isn’t very clear how the dialogue tree is layered. I kind of want to finish this game, but on the other hand part of me is just thinking: I can’t be bothered.

So what games did you play the past couple of months? Have you played the above games? Do you agree or disagree with me? Let me know in the comments!