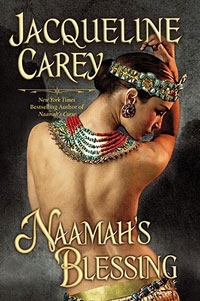 This is the final book in Carey’s third trilogy set in her alternate fantasy Europe. This trilogy takes place a couple of centuries after the first two trilogies and features Moirin, a half-D’Angeline and half Maghuin Donn. In this final book Moirin and Bao sail to Terra Nova (which is basically the Aztec regions) to recover the lost crown prince of Terre d’Ange. I love the world Carey has created; she manages to blend “real” mythology/religion with her own concepts, creating some intriguing new stories. 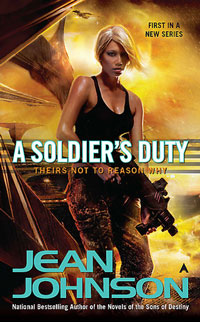 A Soldier’s Duty by Jean Johnson

I really enjoyed this book. It opens with Ia, a 15 year old girl, getting a terrible vision of 200 years in the future where the human race dies. However, she also sees all paths leading up to that terrible event and the one path she can take to prevent it all. The book then jumps a couple of years to an 18 year old Ia, when she joins the Terran army; certain events have to happen exactly the right way and Ia uses her precognition abilities to make sure that it all happens according to her plan, even though it costs her. What I liked here is that even though our main character knows exactly what is going to happen, you as a reader don’t. We only know something terrible is going to happen, but we don’t even know what that terrible thing is. And even during battle scenes although Ia can “see” what will happen to her, the writer manages to keep it exciting and unpredictable. It’s an interesting reversal of the typical case where the reader knows way more than the protagonist. 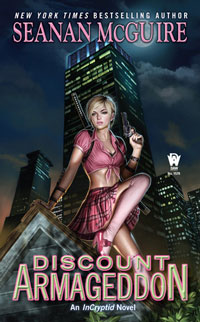 I love Seanan McGuire’s books. Her other series is the October Daye books, which has a Fae world living alongside ours (and then there is also her Newsflesh trilogy where she writes as Mira Grant; read on for my reviews below). This new book is the first part in the Incryptid series. It’s quite similar to the October Daye ones, only here instead of having the Fae living alongside us you have Cryptids. The Cryptids are creatures of which the human world isn’t completely certain whether it exists or not: think Loch Ness monster, Big Foot, vampires, etc. Our protagonist is Verity Price, a cryptozoologist: part Cryptid caretaker, part Cryptid slayer. She’s responsible for keeping New York’s Cryptid population in check, even if that might mean hunting them down. McGuire creates a fascinating world with a great heroine and I can’t wait to see her next adventures! 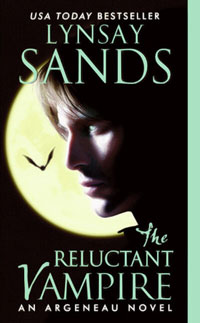 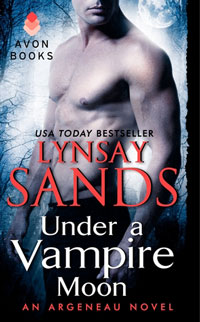 The Reluctant Vampire/Under a Vampire Moon by Lynsay Sands

The Argeneau vampire books from Lynsay Sands are always fun to read. They’re your typical vampire romance book, but with a bit of a twist: here the “vampires” are actually nano-infected descendants of Atlantis (the nanos fix everything damaged in a body, including sun damage, and of course requires blood to work). These were book 16 and 17 and I’m still amazed how interesting Sands manages to keep this series! 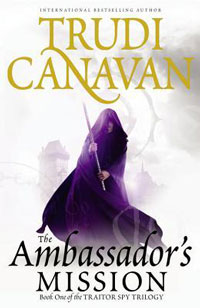 This is the second trilogy from Canavan that is set in the world of Kyralia and takes place 20/30 years after the first one, focusing on our main character’s son Lorkin. I didn’t like the first trilogy when I read it the first time, but loved it when I revisited it a couple of years later (strange how a couple of years can change your perspective). These first two books expand the world even more and contains a couple of twists that I didn’t exactly see coming. Very curious to see how it all ends! 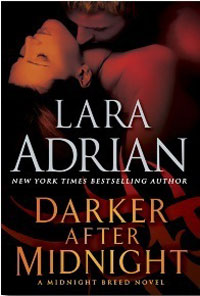 Darker After Midnight by Lara Adrian

This is the final book of the Midnight Breed series. And wow, what a final! I like how it finishes up all the existing story lines, yet also hints to another new potential series. Early on in the series I quite liked Chase, but as the series went on and the darker he went I began to loose interest in him. By the end of this book though I was so rooting for him again! 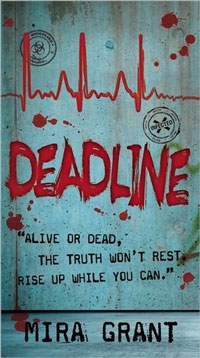 I loved loved loved the first book (Feed) from this series. I didn’t think the sequels could live up to that, but, wow, I was wrong. The second book Deadline is again an awesome read and I think I might love it more than the first one. The third one is a bit of a letdown after that second book, but it still a satisfying conclusion to the entire trilogy. 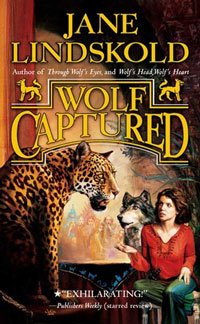 I struggled with this book. Actually I struggle with all of Lindskold’s books. I always like her stories, but there’s just written in a way that doesn’t click with my mind; I constantly have to go back and reread bits and it just generally goes slooooooow. The story is great though! This is the fourth of the six books in the Firekeeper series, and this one sees our main characters get kidnapped to another far away country. It’s great moving the plot to another place; we get different rules, different customs, different characters. 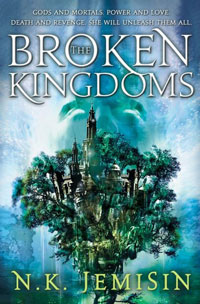 The Broken Kingdoms by NK Jemisin

I didn’t love this book as much as Jemisin’s first book The Hundred Thousand Kingdoms. It still was a book though that I couldn’t put down and pretty much finished within two sittings. It’s set a couple of years after the first one, and our heroine is Oree, a blind girl, who during the aftermath of the first book gains the ability to see through magic. In the previous book we were introduced to the three main gods (Nahadoth, Enefa and Itempas) and three of their children. Here we see how much more vast the world is that Jemisin has created and we get introduced to a ton of other godlings. I like Jemisin’s take on the gods: they’re powerful, immortal beings, but each of them is inherently bound to a specific “nature”, which strengthen and restricts them. It’s an interesting read and the mythology is quite unlike any I’ve read before.