I’ve had my eye on this series for a while and I finally got them all a few weeks ago from a secondhand bok shop. I’m guessing they’re filtering those standalone ones out now that this omnibus version has come out, which contains all three parts (Lord of the Changing Winds, Land of the Burning Sands, Law of the Broken Earth). I really like it when publishers release trilogy books like this. It saves me from trying to get all three books in the same format (which is whole lot more difficult than you might think) and saves me money! 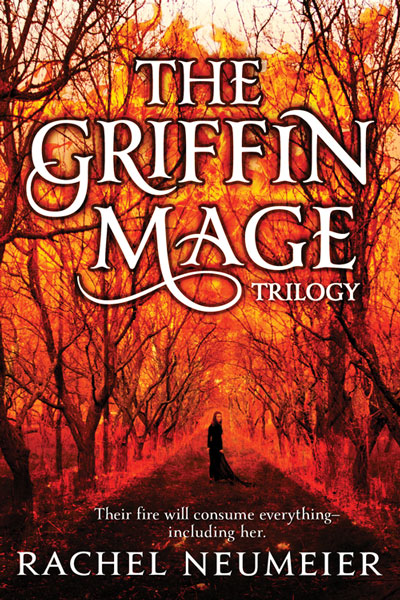 I loved the idea of griffins as a kid. I’ve got a memory of this old TV show which had a griffin in it, but I don’t remember the name of it anymore. I just have this scene playing over in my head: a kid looks into a puddle and sees the reflection of a griffin… anybody know from what TV show that is?

Back to topic, griffins are awesome and they’re should be more books about them. Here’s the description of The Griffin Mage from Amazon:

The desert winds have come to the village of Minas Ford. Griffins, creatures of fire, have appeared in a burning haze – searing the sky a blinding white and scorching the earth to parched, barren sand. These majestic beasts, half-lion, half-eagle, spread the arid desert wherever they roam. Iaor, the King of Feierabiand, will not tolerate the destruction of his people’s farmland. He means to drive the griffins from his domain – whether by negotiation or brute force. But not all those who encounter the griffins fear them. Kes, a timid village girl, is summoned to heal the King of the Griffins himself. She will discover her affinity with these creatures, and come to realise that the menace they flee is even more deadly than the blazing fires of the desert.