After a reasonably quiet January and February, the past two weeks have been so massively busy. I’ve been to a ton of interesting events (Stemettes, WOWhack, various PR events) and I seriously need to catch up on blogging about all of them. 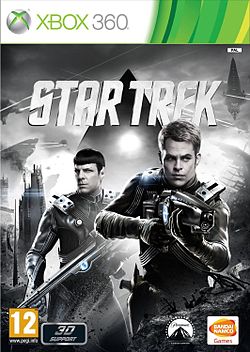 Two weeks ago I got invited to the Science museum for a special hands-on preview of the upcoming Star Trek game. Now I hadn’t heard much about the new Star Trek game; I kind of assumed it was yet another cheesy movie tie-in game, but seeing as it was held at the Science museum I thought I’d give it a chance. And I’m glad I did. It looks like a fun game and a good addition to the Star Trek universe.

The event started with a presentation by Brian Miller, senior vice president of Paramount Pictures and producer of the Star Trek game. Hearing Miller speak so passionately about the game, you really got the sense that this isn’t just a movie tie-in and cash-in. Development started three years ago, and they’ve worked hard to create a game that belongs in the Star Trek world. Unlike most movie tie-in games, the plot of this game isn’t just an obvious rehash of the upcoming movie (which I really dislike; why “spoil” the movie by playing the game first or vice versa?). Instead the game has its own new standalone storyline set between the two movies, although I suspect that the end of the game might give a reason as to why the start of the upcoming movie seems to be set on Earth.

So what is the new game about? From what I can piece together the Enterprise is called to examine haywire experimental tech on a Vulcan space station and when Kirk and Spock go on an away mission to investigate things go wrong. Obviously. Miller stated that most of the game would take place on New Vulcan and that the main enemy is the Gorn, but how that exactly relates to the initial away mission I’m not quite sure. 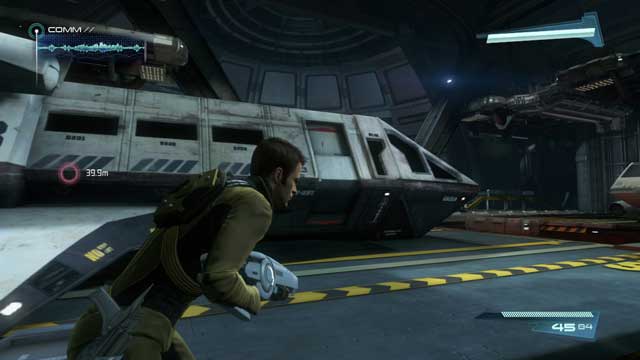 You can play the game completely as Kirk or Spock, and each character allows for different gameplay techniques. Spock, for instance, will be able to mind meld with enemies and use the Vulcan nerve pinch on them. Besides playing it on your own in single player though, the game will also allow co-op, which I’m quite looking forward to.

All the actors in the movies were involved lending their voices to their game counterparts. Miller added that they gave Simon Pegg free rein to improvise whatever he wanted during the recording and that they did their best afterwards to include most of those bits into the actual game.

After the presentation, I got to try out the game myself. There are parts of the game that I so far really like and other bits that I don’t. For starters, I love the look of the Enterprise. I didn’t get to explore that much, but I think it looks great; you really feel as if you’re walking around a proper starship. I didn’t like the look of the characters though. The likeness of all the actors were used and yes, they do look like them, but there’s still a bit of uncanny valley going on. 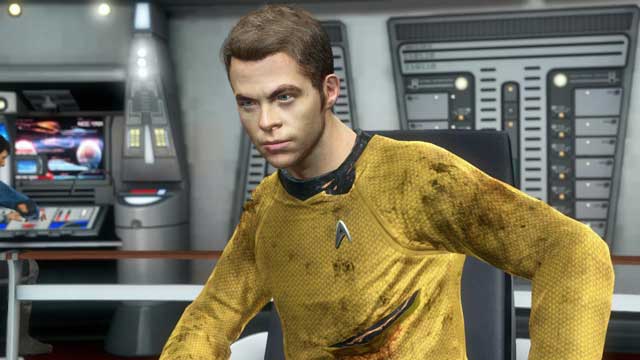 Gameplay is obvious, but still quite fun. The demo mainly had us running around traversing stuff, but we also got to try out the handy tricorder. It pretty much works like Batman Arkham Asylum/City detective mode, giving you extra onscreen info about people, locations (== find secret places) and weapons (== giving you extra bonuses). There’s also an in-game “hacking” puzzle, where you have to match up frequency signals (I wonder how quick this gets old though). We were told that there were over 20 different weapons in the game, but the demo level that I tried out didn’t involve any battles.

So far I quite like the look of this Star Trek Game. It not’s going to be the-best-game-evah, but it’s definitely a step up from the typical movie games and something I think is worth investing my time in. It feels like the team have done their best to make it part of the Star Trek world and from what I can tell I think they’ve succeeded.