Long time readers here will know I’m a huge fan of Mira Grant/Seanan McGuire’s books, so obviously I’m curious to the next part of her Parisitology series, Symbiont. I really enjoyed the first book Parasite (although I thought the ending of that one was a bit predictable). Grant does some great world building, giving us a near future that seems possible, yet slightly weird. 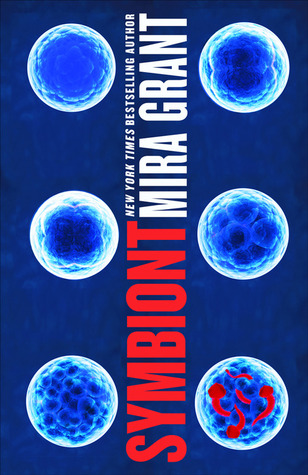 The SymboGen-designed parasites were created to relieve humanity of disease and sickness. But the implants in the majority of the world’s population began attacking their hosts, turning them into a ravenous horde.

Now those who do not appear to be afflicted are being gathered for quarantine as panic spreads, but Sal and her companions must discover how the parasites are taking over their hosts, what their eventual goal is and how they can be stopped.