I know, I know, I haven’t blogged for quite some time now (more than a month now actually) and you might be wondering what’s been going on. Well, for starters I am a student in what are hopefully the last couple months of getting her degree. I will keep blogging, but I’m just letting you all know that the next couple of months will be bumpy and busy and that blogging will have to take a second seat.

Now next to that I had a very nice trip to the dental surgeon (read my sarcasm, please) two weeks ago. I have to warn you, this is a very, very long blog post, way longer than I expected. If you’ve been following my blog longer, you might remember that I had to go to the dentist a couple of months ago. He discovered then that my bottom two wisdom teeth were impacted, meaning instead of growing in the normal way vertically, they grew horizontally against the other teeth (see picture, only with me there’s still gum completely covering it). I would have to go to the dental surgeon to have them removed within the next 2 years (at the moment they’re not doing any damage or so, but eventually they will get infected).

Two months ago I phoned to make an appointment with the dental surgery at our city hospital and the first free slot was two weeks ago on Friday. The weird thing though was that when I phoned they knew exactly who I was and what had to be done (bottom wisdom teeth removed). Oh, okay, I thought, the dentist must have sent them all the necessary info and forms already. Then I showed up on Friday and they had no idea what had to be done and if I had the referral of the dentist with me. Ehm, that would be a ‘No’. So I explained my situation and got on the spot new x-rays, but will still have to get the referral from the dentist for insurance issues.

I then had a ‘nice’ conversation with the surgeon; first, she told me they could only do one side, which (while logical) means I’ll have to go through this whole thing a second time in February. Then, she explained that they’ll also have to do the top two wisdom teeth (which I was expecting), but that they would have to wait for them to come out some more. However, even if they lowered, the place was very near my nasal passages (ugh, I hope I’m explaining this right) and they could create a passage between my mouth and my nasal passages. Eventually this can heal, but it means you can’t blow your nose for about half a year. Right, great! Finally, on my x-rays it seemed that the wisdom teeth went straight through a nerve. The problem though was that because it was a 2D image they couldn’t be actually sure it was actually like that or just layered over each other in photo (over projection). They wouldn’t know until they pulled the roots out and exposed a nerve (or not). She explained that if that happened, by pulling out the tooth you can damage the nerve, which leaves your lip and cheek senseless for about a year (eventually it will heal). Ah, okay, nice to know, but you can’t do anything about that and the teeth have to go out, right? Right.

So I sat back in the dentist chair with a great view of the peaceful trees outside, which quickly got obscured by the big blue sheet of paper with a nice big hole for where my mouth would stick out. I got 2 big needles of anesthetic, which numbed my cheek pretty much up, but left me reasonably wide awake and conscious of everything that happened. The dentist was considerate enough to tell me exactly what they were doing. “First, we’re going to pull back the gum to expose the wisdom tooth.” I decided to keep my eyes shut, cause I really didn’t want to see what type of tools they were going to apply to my poor jaw. Good decision, because shortly after that I heard this ghastly saw like sound. The dentist explained that they would first saw a bit and then drill through the tooth, until they could crack the top part off. The ‘cracking’ was actually the scariest part, because it didn’t go in one go; they decided they had to saw and drill some more. The actual pulling of the tooth (well, the roots in my case) didn’t really seem that bad. Plus no nerves were exposed so I’m not paralyzed. I got a couple of stitches and I was ready to go. Great! It didn’t hurt at all and I was done in half an hour!

And now Stupid Mel comes into action. Instead of realising the anesthetic is pretty strong and that my jaw had just been through a serious ordeal, I began chatting and talking away, as if everything was fine. Of course, by the time I got home, the anesthetic had worn off and the agony commenced. I can seriously say I’ve never been in that much pain before in my life. The quarter of an hour it took for the painkillers to kick in, were the most excruciating, unbearable minutes I had ever been through. With the painkillers though, it wasn’t too bad. Although I did look like an asymmetrical chipmunk. 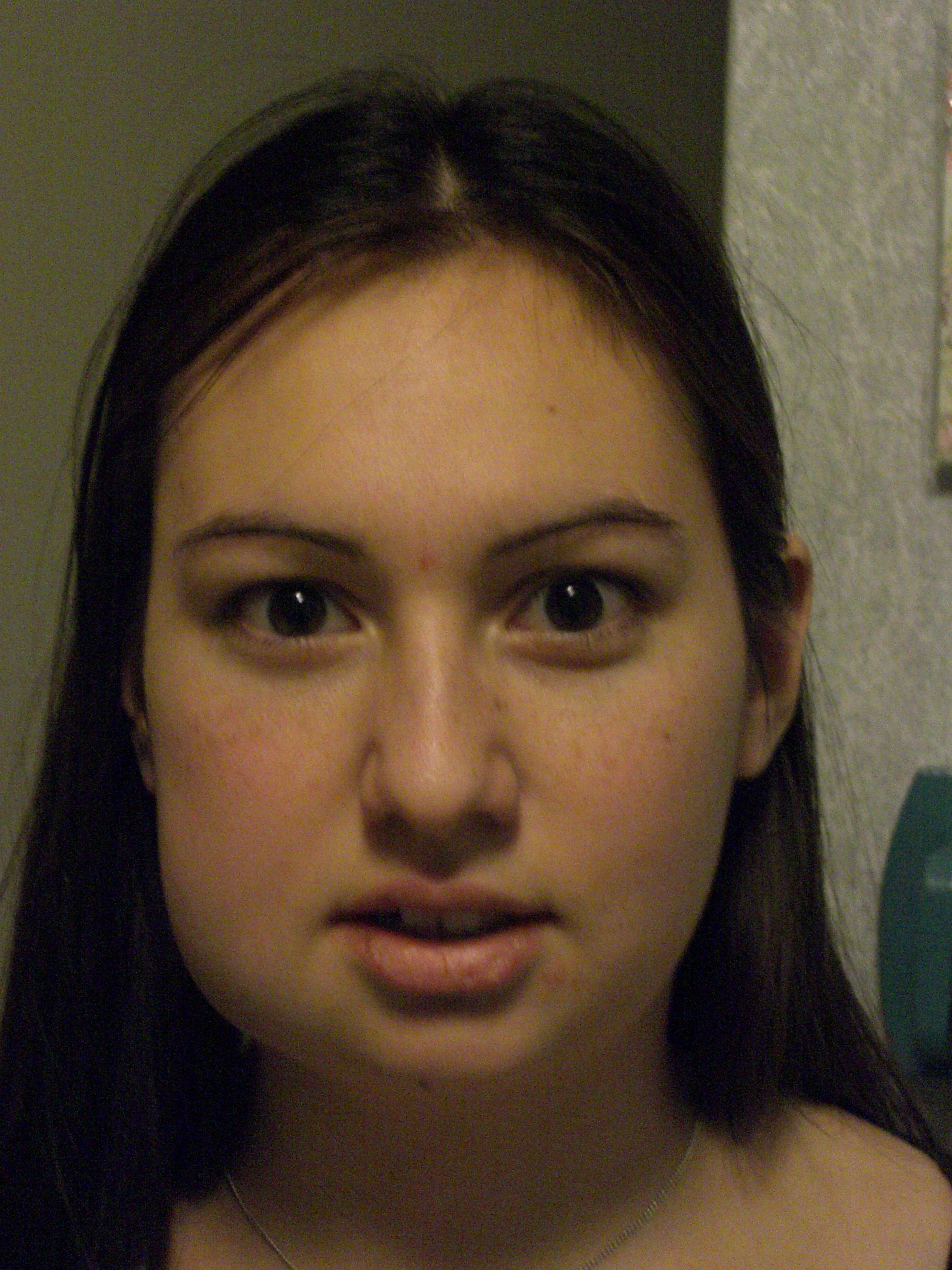 The next couple of days I just spent on the couch: reading books (managed to finish 4 in 4 days 😀 ), sleeping and slurping soup (I could only open my mouth 7-8 mms, so any other food was out of the question). Then on Wednesday night, one of the stitches came out and this weird combo of blood and yellow ickiness (pus) came out. Stress time! “It’s infected!”, “I won’t be able to eat during Christmas”, and all other thoughts down this line of reasoning kept spinning through my mind. So Thursday morning I phoned the dental surgery and was told that if the pain hadn’t increased and if the cheek hadn’t swollen up more, I should continue rinsing with salt and all should be fine.

24 Hours later nothing had changed, but I decided to phone the dental surgery again. Remember this was the 21st of December, only 4 days before Christmas and I still couldn’t open my mouth more than a centimeter (yes, there at least was some progress). Plus I would be leaving for London again on the 28th, so I really wanted to make sure it was all better before I left. Anyhow, I phoned again and they managed to squeeze me in during lunch that day. So exactly one week after the “surgery”, I made my way to the hospital again. This time I got another doctor; my previous one wasn’t working there anymore (“yeah, we fired her, she wasn’t that good”, the doctor joked).

Luckily I’m as paranoid as I am, because there was some light infection. The surgeon gave me another anesthetic; this one tasted horrible, but worked much faster. Only a couple seconds after giving it, he made a small incision into the inside of my cheek. The remaining stitches were taken out and the hole/gap/whatever was thoroughly rinsed. he then inserted this thin piece of gauze (I think that’s what it’s called at least in English) into the small incision. Ouch! I would have to come back that Monday (24th of December, the day before Christmas) to have the gauze removed. He reassured me though that I would be perfectly able to enjoy Christmas dinner.

After the pain from the incision wore off, it actually didn’t hurt as much as before and the swelling had lessened somewhat. That night I could even eat again and by Sunday I was even singing! The return visit on Monday was very short. The surgeon removed the gauze (very icky) and rinsed the wound by spraying a stream of water into it with a syringe. I then got my very own syringe to keep it clean until the wound closed itself. This is a whole lot trickier than when the dentist does it. I’m hoping I did it right, but a part of me thinks I wasn’t doing it properly.

Christmas and Boxing Day everything went okay; no increased pain, no ickiness, no swelling. I still wasn’t using the right side of my mouth during chewing, but at least I could eat, right? Then Friday 2 hours before we’re leaving for London, disaster strikes. No, I’m exaggerating, but it was enough to get me into stress mode again. As before yellow ickiness was coming out the wound. I phoned the surgery again and actually talked to my doctor (instead of a secretary like the time before). All I could do was to remain rinsing and eventually it would close and heal itself.

It’s now 2 days later and there’s still ickiness coming out of the wound. I think it’s lessened (I’m hoping it’s lessened) and I hate it that all I can do is just sit and wait for it to heal. The worst part of this story is that in February I’ll have to go through this whole ordeal again for the bottom left wisdom tooth!