Indiana Jones and The Kingdom of the Crystal Skull
What I was looking most forward to of Valentine’s Day? This Indy IV trailer. And WOW. I’m so psyched for this movie! Love the “Damn, I thought that was closer” line. I’ve got some of my “musings” at the end of this post, where I’m speculating about the plot, but it may contain slight spoilers (well, things that appear in the trailer, but you only notice if you’re really paying attention). [Trailer]

The Happening
A second, more plot driven trailer for this M. Night Shyamalan movie. I’m still intrigued by the idea of this movie (whole cities committing suicide for no apparent reason), but the more I see of it, the more I think this movie isn’t going to be that great. Then again I know what is “happening” (stumbled on a very early script review more than a year ago) and I’m not sure how much of a plot twist/reveal that’s supposed to be. [Trailer]

Journey To The Center of The Earth 3D
Wondering why they stuck a “3D” at the end of this movie’s name? I’m guessing, because the 2D version looks soooo bad, they want to make it clear you have to see it in 3D. This film seems so remarkably cheesy: the plot, the dialogue, the acting, how bad can you make it? The only reason people are going to see this movie is because of the 3D effects and you can see from the trailer that every scene in it is meant to have a 3D gimmick. [Trailer] 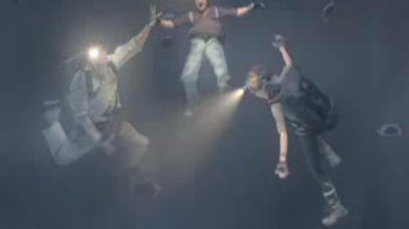 Kung Fu Panda
I had high hopes for this movie; a panda doing Kung Fu, how cool is that? But after seeing this second trailer, I have to say I’m not impressed. It just doesn’t seem funny to me and I keep picturing all the real actors when I hear their voices. Who knows though, maybe I’ll end up loving this film. [Trailer]

Sisterhood of The Traveling Pants 2
What do you get if you combine a Gilmore Girl, a Gossip Girl, Ugly Betty and Joan of Arcadia? A guilty little pleasure. I have to admit I kind of enjoyed the first movie and this trailer for the sequel seems like a perfect continuation. [Trailer] 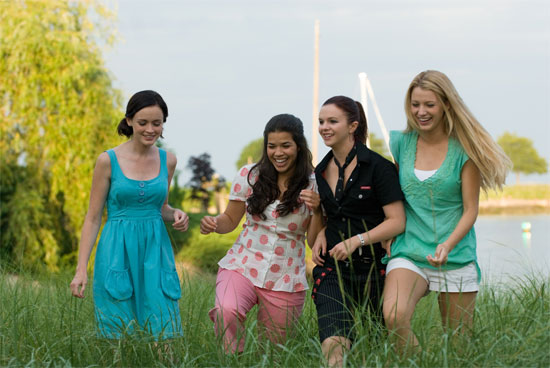 Street Kings
Up until two weeks ago this movie was known as Night Watchman, but due to upcoming Watchman movie adaption the studios renamed it to avoid confusion. After seeing the trailer, I’m not even remotely interested in this movie, but I’m sure it will attract a fair crowd. [Trailer]

Indy IV Musings:
Did anyone else notice the Roswell, New Mexico on one of the containers (see image below)? Is this confirmation that the plot will involve aliens? I’m guessing that might mean the warehouse is Area 51. Further, the rumours are that Shia LaBeouf’s character Mutt Williams is Indy’s son, but no one’s confirming it yet. I think if it’s true though, it will be a major plot reveal. The “So you’re a teacher” line means that the characters don’t know each other. Anybody notice anything else?