Quarantine
There haven’t been that many good horror movies lately, but Quarantine might turn that tide. It’s an American remake of the Spanish movie [Rec] and stars Jennifer Carpenter (Debra Morgan on Dexter) and Jay Hernandez (Six Degrees, Hostel). The movie’s about a hazmat team investigating a quarantined apartment complex and find there a camera depicting why and what happened during the quarantine. [Trailer]

American Teen
I’ve heard a lot of good things about this little documentary; some even claiming it might be one of the best movies this year. It follows 5 high school seniors as they finish their last year: the Jock, the Geek, the Rebel, the Princess and the Heartthrob. The film shows these kids being more than just the stereotypes they’ve been labeled with. [Trailer]

Lakeview Terrace
I love Samuel L. Jackson, but I’m not sure even he can save this movie. In Lakeview Terrace he plays a cop harassing his new neighbors (Patrick Wilson and Kerry Washington). Although there might be some unexpected cool plot twist, the trailer seems pretty straightforward and pretty boring. [Trailer] 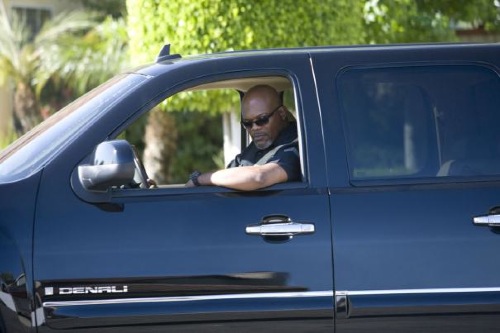 The Children of Huang Shi
Not my type of movie, but for an indie film it does got an impressive cast: Jonathan Rhys Meyers, Radha Mitchell, Chow Yun Fat, Michelle Yeoh. It’s about a British journalist and an American nurse, who rescue a group of orphans during the Japanese occupation of China in 1937. [Trailer]

The Wackness
I’m not sure what to think of this trailer; so far it didn’t really convince me to go see the movie. Set in the 1990s, its about Luke Shapiro (Josh Peck), a teenage pot dealer, trying to make the most of his summer. I’ve read good reviews though, so I’ll keep an open mind until I’ve actually seen it. [Trailer]

Space Chimps
This is the type of movie that gives animations a bad name. Thank God for Wall-E and even Kung Fu Panda for this summer! If you hadn’t gathered it from the title, Space Chimps is about a group of chimps going into space. The only fact about this movie that has got me a tad interested is that Andy Samberg (SNL) is doing one of the monkey voices. [Trailer]

Hamlet 2
How could there be a sequel to Hamlet if everybody dies at the end? Why, by using a time machine of course! This movie is actually about an actor-turned-high-school-drama-teacher (Steve Coogan) who together with his students tries to stage a politically incorrect musical sequel to Hamlet. [Trailer]

The Pixar Story
Don’t you just love Pixar’s movies? This documentary is a behind the scenes look of the company and it’s employees and associates. I don’t exactly know what the deal is though with the release date; it came out in America back in August 2007 and has even been there on TV. So far though I haven’t found anything about an international release. Till we do, this trailer will have to be enough. [Trailer]

The Chronicles of Narnia: Prince Caspian
Still four more days till this movie hits the cinema. I liked the first movie, mainly because I had read the book and watched the very crappy TV series as a kid (compared to that everything looks good). I think Prince Caspian will continue in the same vein: a good entertaining kids movie, but nothing more. [Trailer] 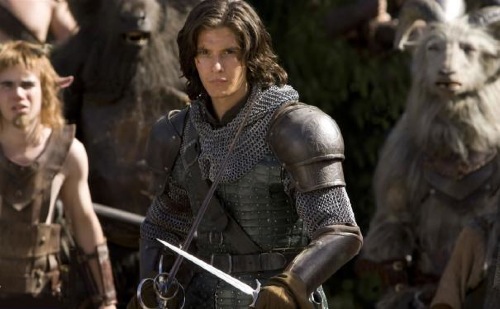 College
It’s not the worst trailer around, but I don’t think this movie will be that much of a hit. But then what do you expect from a movie about three high school kids visiting a university and pretending to be freshman, just to get girls and get drunk? [Trailer]

Hancock
The previous trailer of this “Will Smith as a superhero/tramp” movie looked so horrible, I lost all faith in it. Now a bit of that faith is coming back, after having seen this extended trailer. Beware though: I think it gives too much of the plot away. [Trailer]

The Spirit
I love the look and feel of this trailer. I’m only scared people are going to think it’s a Sin City rip-off, which it isn’t. It is from the same comic book artist Frank Miller, so of course they’re going to look similar. In this case though, Miller is also actually directing the entire movie. [Trailer]

Young People Fucking
Again a movie that has had a lot of buzz and good reviews at festivals. It’s a comedy that intertwines the stories of 5 couples over the course of one sexual encounter. [Trailer]

You Don’t Mess With The Zohan
I actually enjoy Adam Sandler‘s movies most of the time. True, they’re not the funniest films, but it’s not the worst out there. Here Sandler plays an Israeli agent who wants to give up his super spy life to become a hairdresser. [Trailer]

The Babysitters
The first thing that crossed my mind when hearing the title of the movie was: “Oh no not another Babysitters Club movie”. I couldn’t be more mistaken; these babysitters are from a very different caliber. After fooling around with one of her customers, a 16 year old teenager realizes she can make money by turning her babysitting service into a call-girl service for married man. [Trailer]