A lot of trailers came out last week during Comic-Con, but almost none of them are available yet in a non-crappy-YouTube version. So don’t expect to find those here; I won’t link to that type of stuff. I mean: don’t you want to see a cool trailer as best as possible? Anyhow I’ve got a whole bunch of other trailers for you to enjoy:

The Curious Case of Benjamin Button
This looks like an amazing movie. Adapted from a short story from F. Scott Fitzgerald, it stars Brad Pitt as a man who ages backwards, starting his life as an old man and slowly aging back becoming a child. It looks beautiful and weird and magnificent all at the same time. [Trailer]

Bottle Shock
I hadn’t heard about this Sundance movie before, but it’s got a great cast: Chris Pine, Alan Rickman, Bill Pullman, Rachael Taylor, Eliza Dushku and Freddy Rodriguez. It’s about a small Californian vineyard who in the early seventies tries to compete with the snobby French wines. [Trailer]

Transporter 3
I still haven’t seen the first two Transporters, but this looks like fun! Again it stars Jason Statham as Frank Martin, a guy specialized in moving “goods”. Expect a lot of fast paced action and bullet flying. [Trailer]

Death Race
Another Jason Statham movie. This time he plays a convict who is forced to compete in a deadly car race. I think the trailer gives too much away (although it was expected that it would be a predictable action movie). [Trailer] 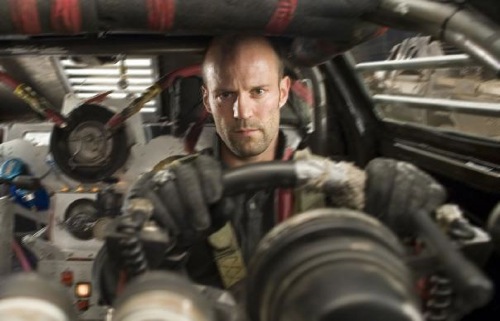 Miracle at St. Anna
You know I’m not the war movie type; lots of drama, lots of dying, not my thing. But this movie looks unique enough to try out. Directed by Spike Lee, it’s about a group of black American soldiers who get trapped behind enemy lines in a Tuscan village during WWII. [Trailer]

Punisher: War Zone
Two trailers, two visions. The teaser is very mild; lots of people pointing and shooting guns at each other, but that’s it’s. The Red Band trailer is as gory as they come; heads exploding, impalement, lots and lots of blood. Question is: which vision will the movie take on? [Teaser] [Red Band Trailer]

RocknRolla
I don’t care that much for Guy Ritchie’s movies; even though I’ve never fully seen one of his movies, I just don’t have the patience to sit through something I know I won’t like anyway. RocknRolla seems more of the same. It’s about a couple of tough guys that get in a bad situation, who then have to find money to get out of that bad situation. Oh yeah, and there’s always some robbery of something valuable. [Trailer]

The Spirit
I want to like this movie, but this just didn’t look impressive at all. It’s written and directed by Frank Miller, who also wrote Sin City and 300, but I think he should have stuck to just the writing. At the moment it all seems a bit artsy and awkward and some of the characters seem off. I mean, I love Samuel L. Jackson and Scarlett Johansson, but here they both looked cheesy. And what’s with those sideburns?! [Trailer]

Mirrors
I don’t think I’ll ever be able to watch Kiefer Sutherland again and not think ‘Jack Bauer’. Here he plays a security guard who has to deal with a mysterious evil force that’s coming through mirrors. Ooh, spooky. I haven’t actually seen the Red Band trailer; Cristiano saw it and said it was revolting, so I haven’t had the nerve to watch it. [Teaser] [Red Band Trailer]

Bolt
This Disney animation looks okay, but it will never be the movie it was supposed to be. Chris Sanders (from the brilliant Lilo & Stitch) wrote and created the plot of this movie (a dog who stars as a superhero in a TV show and thinks it’s real), but got thrown off the project. His version would have had a one-eyed cat and a radio-active rabbit! The basis remains the same, but the two side characters have been replaced by a “standard” cat and a cute hamster. [Trailer]

The Tale of Despereaux
Despereaux is a mouse that’s brave instead of frightened of all the usual stuff: knives, mousetraps and even cats. This animation looks kind of sweet, but would it ever have been made if Ratatouille wasn’t a success? Plus it’s a clear case of “let’s cast famous people with recognizable voices that don’t fit the character whatsoever”: Matthew Broderick, Dustin Hoffman, Christoper Lloyd, Sigourney Weaver, Kevin Kline, William H. Macy, Emma Watson, the list goes on and on. [Trailer]

The Princess and The Frog
I love the old school Disney 2D musical animations and I applaud Disney for attempting to bring it back. But this trailer? I’m not really impressed by it yet. [Trailer] 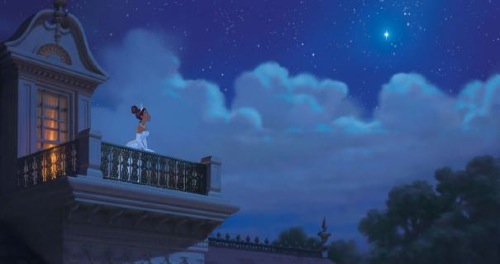 Disaster Movie
Why oh why do they keep making these type of movie? And who keeps on going to the cinema to watch this crap? [Trailer]

Visioneers
I’m not sure what to make of this movie; I think it’s supposed to be a comedy, but it’s got a weird depressing vibe going on. The trailer goes on for more than 3 minutes and leaves you kind of uninterested. [Trailer]

Not Quite Hollywood
Not Quite What I Expected. This is a documentary about the Ozploitation movies, the weird violence-sex-horror exploitation movies that were made in Australia in the 70s and 80s. [Trailer]

Quantum of Solace
I loved Casino Royale and Daniel Craig as James Bond. This trailer promises more of the same type of action, grittiness and romance. I’m still not convinced by the title though; I keep imagining ‘James Bond and The Quantum of Solace’, feels very Harry Potterish or Indy-ish. [Trailer] 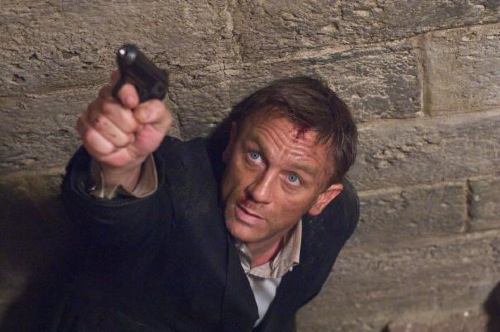