My reading patterns are way weirder than my TV/movie habits. Sometimes I’ll go days without picking up a book, other times I’ll be completely immersed, reading at every opportunity I can get (much to the delight of Cristiano who yesterday discovered me with a book in my hand while preparing dinner). I’m currently in one of those book devouring moods: I’ve finished three books in the past three days, two of which I actually started in these three days. I also tend to read multiple books at the same time, choosing the one that best fits my mood at that moment (right now I’m stuck in 5 different books).

I thought I’d share with you my thoughts on the books I’ve been reading the past months, doing a sort of mini review structure like what I did with the movies a couple of weeks ago. I’m going to try to do this more often; it’s a great way for me to keep track of which books I’ve been reading, plus I’d like to see what other people think of these books.

While I loved the first part (Sebastian), this second and final book just fell a bit flat for me. I love Bishop’s world building and mythology (both The Black Jewels Trilogy and The Tir Alain Trilogy feature original and complex worlds) and Belladonna doesn’t disappoint in that area. The world of Ephemera is shattered and needs Landscapers and Bridges to connect and hold the pieces together. Glorianna Belladonna is the strongest Landscaper and has been prophesied to stop an ancient evil. I’m not sure why I didn’t like this book as much as the others; it somehow felt a bit more rushed and less thought-out than her previous books. [Anne Bishop’s Website] 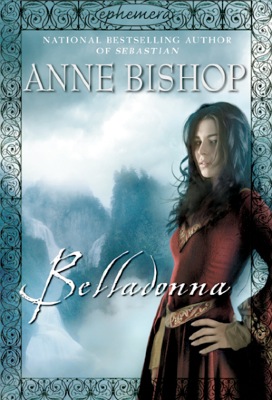 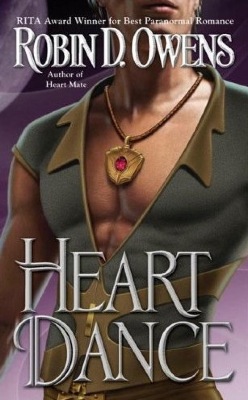 Heart Dance is the sixth book in the Celta Heart Mate series. It’s set on the planet of Celta, a place where Flaired (psychic) humans settled after fleeing Earth. Since then generations have passed, and the world of Celta has developed their own traditions and customs, all revolving around Flair (psychic ability/magic). Heart Dance is about the “courtship” between two Heartmates, soulmates destined for each other: Dufleur Thyme, a scholar, determined to clear her father’s name as a mad scientist, and Saille Willow, a Flaired matchmaker, spurned by his mother, who didn’t believe men could wield the matchmaking magics. I didn’t like this book as much as previous ones, but it’s a nice addition to the overall story line. [Robin D Owens’ Website]

This is the first book in The Magister Trilogy, the first fantasy series from Celia Friedman (she has previously written SF works under CS Friedman). In this world magic is linked to your life force; witches can do magic, but with every spell they do they use a bit of their own life force, their own life, thus aging quicker and dying sooner. Magisters (male witches) though don’t have this problem, their magic supply is unlimited. Kamala, a witch, wants to become a Magister, even though there comes a terrible price in becoming one.

I was intrigued by way the magic works here. It comes with a way higher cost of using it than with other fantasy books and that makes it so much more interesting. Would you heal someone, knowing that because of it you’ll die sooner? I can’t wait till the next one comes out; I want to know how this continues! [Celia Friedman’s Website] 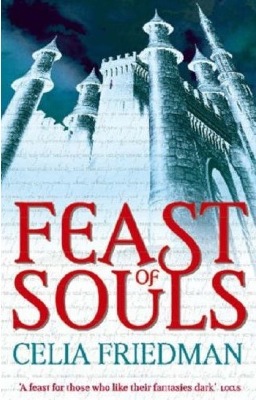 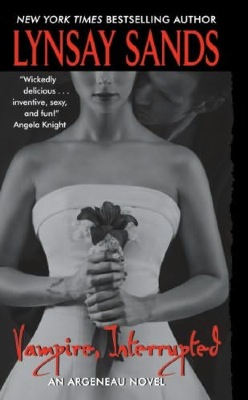 The Argeneau Vampire Series is the funniest vampire romance series out there. Vampire, Interrupted is the ninth book and features the final Argeneau, Marguerite. Finally, after a couple of centuries, all of her children are married, so she’s decided to start a career as private investigator. Her first assignment is to help another immortal find his mother. It seems simple enough, but soon she finds someone wants to kill her. I loved this book! It’s one of those reads you just can’t put down and have to finish in one single setting. [Lynsay Sands’ Website] [Argeneau Series]

I don’t get why the Kushiel series is often classified under Erotica. Yes, you’ll find sex in the story, but way less (and less descriptive) than your standard romance book. Plus it isn’t the main plot of the book; it’s a real fantasy epic with political intrigue, battles and mysteries. I love these books; I think they may be my favourite fantasy series. Kushiel’s Justice is the second in the series about Phedre’s son Imriel (the fifth in the complete series; the first three Kushiel books were about Phedre). I always thought the Imri books would never be as good as the Phedre ones, but this one proves it’s worth. Bring on the next one! [Jacqueline Carey’s Website] 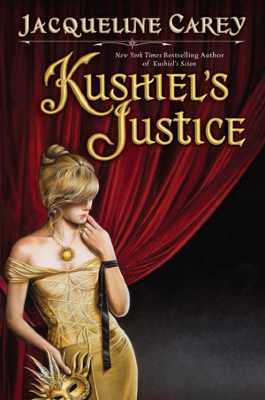 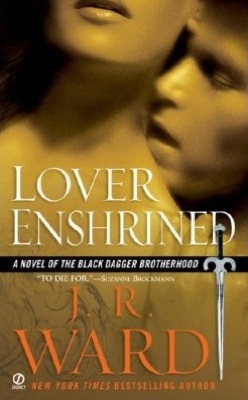 Yes, another vampire series (do you notice a trend?). What I like of this series though is the way the story is delivered. Most romance series revolve around the two main characters and only feature view points from those two main characters. Here it switches way more often and there’s a subplot through-out the whole series about newbie John (aka Tohrment). This book is about Phury, who is now the Primale in charge of the procreation of the Brotherhood bloodline. Again, not the best book in this series, but I’m looking forward to the next one. [JR Ward’s Website]

This is the 20th story in Kenyon’s Dark-Hunter series (14 novels, rest anthology/ebooks) and the most anticipated. The Dark-Hunter books are one of the best romance series I’ve read, interweaving vampire lore with Greek mythology (I’ll do a longer blog post of this whole series in the near future). Ever since the character of Acheron was first introduced as the leader of the Dark-Hunters (5 years ago in Night ), everybody has wanted to see his story. Fans have been wanting to know for ages what his mortal life was like and, of course, who he be paired up with. And it doesn’t disappoint.

The first half of this book is set in Ancient Greece (and Atlantis), chronicling Acheron’s life as a human; it’s darker and not as pleasant as Kenyon’s standard fair, but it’s all necessary to show us why Acheron has become the man he is. The second half of the book is set in our time and Kenyon is back to her normal self with a mouthy heroine, funny lines and (most of all) a great story. Highly recommendable, but if you haven’t read any of the series yet, I’d suggest you start at the beginning. [Sherrilyn Kenyon’s Website] 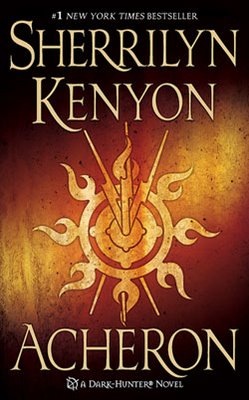 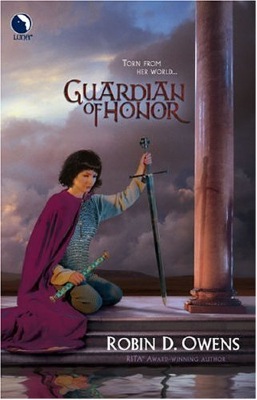 I was already a fan of Owens’ Celta romance series (see above) and wanted to see how this series would be. It’s about Alexa, a human lawyer, who gets summoned to the world of Lladrana to fight in their war. I’m not completely convinced by the series yet, but I’ve heard the second one gets better. [Robin D Owens’ Website]

These two books revolve around the kingdom of Lur, a country inhabited by two races: the Doranan, a magical folk, who form the nobels and elite of the country, and the Olken, magicless commonfolk. Asher, is an Olken fisherman from a small coastal village, who moves to the main city to find his fortune, but gets involved into the politics between Olken and Doranen.

I had heard a lot of good things about these books, but I wasn’t that impressed by them. I first thought it felt as if it should have been one book that was just split right in the middle into two books; the first book doesn’t really climax (only a minor cliffhanger), and there’s no build-up to what would make Asher the Awakened mage. After finishing the second book though you notice that it remains like that throughout the whole story; this was one of the worst endings I’ve ever read. Not so much in plot, but just the way it was delivered: no build-up, no emotional depth, no fun. [Karen Miller’s Website] 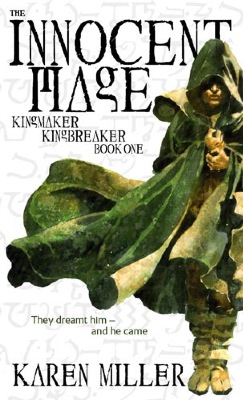 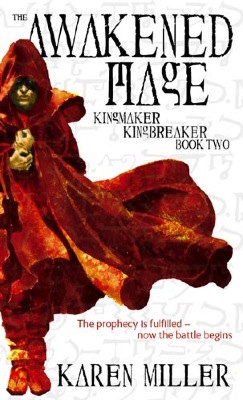