Week 2: Fear can hold you prisoner. Hope can set you free.

I’m running way behind with these 52 Movies blog posts. I have been keeping up with watching a movie every week, I just haven’t found the time to blog about them too (plus the internet connection here is still sucky; fingers crossed it’ll be solved tomorrow). Hopefully I’ll manage to write the reviews for Week 2, 3 and 4 this week, and then next week I’ll do Week 5 and Week 6.

The movie for week 2 was The Shawshank Redemption, currently ranked as the number 1 film on IMDB. I’ve been meaning to watch it for at least the past 10 years, but every time it appeared on TV something managed to get in the way of watching it. Exams, delayed trains, or just plain forgetting what time it was on. It was a movie I knew I had to watch from start to finish, so I really didn’t want to jump in after missing half an hour. Frankly, I have been quite successful in avoiding seeing or hearing anything about this movie and not being spoiled at all (a rare feat considering the amount of movie blogs I read; I think I know at least the endings to half of the 52 Movies we’ve chosen). 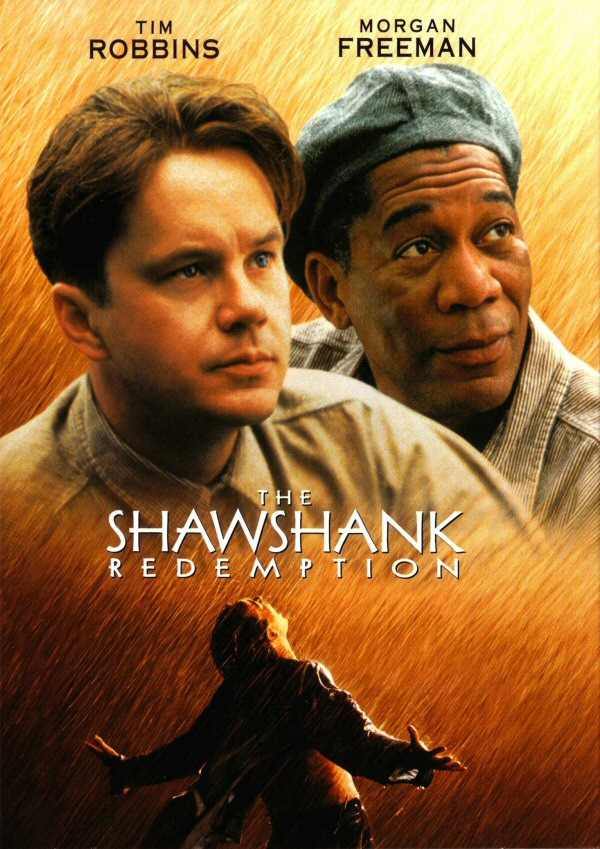 The Shawshank Redemption tells the tale of Andy Dufresne (Tim Robbins), a man who is convicted and sentenced to life in jail for the murder of his wife and her lover. He’s sent to Shawshank Prison, where he learns how to deal with prison life.

So what did I think of The Shawshank Redemption? To be honest, I wasn’t that impressed by it. I mean, I can see and understand why it would be ranked so high; it’s a movie with not a lot of faults, and the type of movie almost no one can not like. That being said though, I don’t see it as “THE best movie ever” and that’s what this list of 250 Movies should represent, right? Especially the number one.

It is a good movie though and for those of you who haven’t seen, it definitely is a movie you should see. It’s full of hope and the lengths that we can go to when we have hope in ourselves, in our futures, and in others. The acting is superb; both TIm Robbins and Morgan Freeman are great in their roles. Personally though I just didn’t find it deserving of that number one spot.