Last Thursday I got to participate in a conference call with Ron D Moore (Battlestar Galactica, Carnivale, Star Trek: Deep Space Nine) about his latest show Virtuality. So far that might be one of the highlights of my blogging career (that and the press conference with Stephen Fry, which btw I still have to blog about), I even managed to ask a question! I haven’t written up that interview yet, but I thought I’d first do a quick introduction post on what Virtuality is about.

Virtuality is a 2 hour long TV movie airing on Friday 26th June, which will serve as (hopefully, if it’s any good) a pilot to an actual series. Fox hasn’t picked it up yet, but I’m guessing they’re waiting to see how the pilot does before taking any action. Here’s the press release from Fox:

Aboard Earth’s first starship, the Phaeton, a crew of 12 astronauts is on the verge of embarking on an epic 10-year journey crucial to the survival of life on Earth. They have reached the “go” or “no go” point, the critical part of the journey where the crew must commit to traveling to a distant solar system millions of miles away. If they “go,” they cannot turn back. 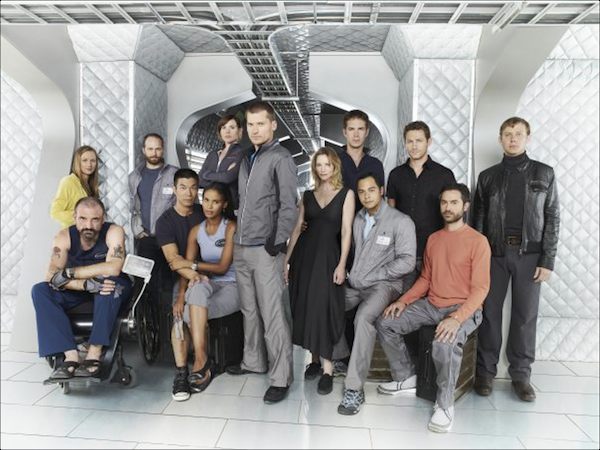 To give the crew a measure of privacy as well as a vital recreational outlet on the long journey, the ship has been equipped with revolutionary virtual reality modules. Each crew member can assume adventurous, avatar-like identities as they explore self-created worlds and scenarios, or simply spend quality down time as themselves in the ultra-life-like simulators. From a war hero to a rock star to secret lovers on an island, these are their psychological lifelines, and each module’s unique setting was chosen by the crew member before departing Earth.

But there is a bug in the system.

As crew members go in and out of reality, they realize that a virus has entered their private world. Questions are raised, and suspicions fanned: Is someone on the crew responsible? When the interloper’s intrusions cross a violent and disturbing line, the ship’s commander makes a difficult decision to shut down the modules. But before he can, a tragic event threatens the mission. Is it an accident or a crime? Real or virtual? Whatever the case, it’s too late to turn back, so the group ventures forth into space, fearing that they may be harboring a person or presence determined to derail their vital mission. Meanwhile, tensions are heightened even further as surveillance cameras capture their every move for a reality series back on Earth.

From what I’ve heard the reality show aspect to it, sounds like a lot of fun. It will also keep the viewer (as in us, not the viewers in the show on that Earth) wondering the entire time whether or not the information the crew get is real, or just a means to make the reality show more interesting. 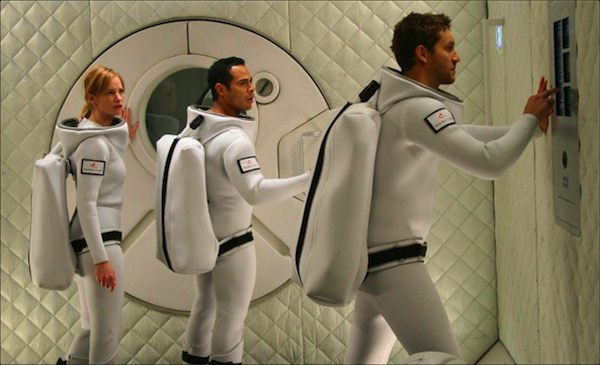 I love the concept of Virtuality, but because it’s Fox I’m not too sure whether or not to even keep my hopes up that it might be picked up (although they did renew Dollhouse). They’ve put Virtuality in a Friday death slot, and so far I haven’t seen that much marketing for it. There’s not even a trailer out yet and it’s being aired in two weeks time!

Later this week I’ll post the interview with Ron D Moore here on my blog, plus another blog post introducing all the different characters. What do you think so far of Virtuality?