I’m way behind on my TV watching; I’ve got a huge list of stuff to watch (Flash Forward, Community, Heroes, House, and it goes on and on). Anyway here are my thoughts on the stuff I watched last week:

Wow, I love this series. When it started last year, I wasn’t that convinced by it. It took to at least episodes 6 and 7 for me to really believe that Joss Whedon could pull it off again. And then the unaired Epitaph One… Amazing. This first episode of Dollhouse’s second season is pretty awesome too, although it would have helped to have a short ‘what happened again in the previous eps’ segment. That aside though, this episode kicks all kinds of ass; Echo and Ballard are great together, and I’m eager to find out how their relationship will develop. Especially now that Echo’s becoming more self aware. Next to that story line, you’ve got to love the scenes with Topher and Whiskey; I wish Amy Adams could have gotten more episodes this season.

Robin and Barney! Barney and Robin! Barman and Robin! I love these two as a couple, and this season started out great for them. I knew they were going to pull some twist with the ‘Mother’. Last season ended with older Ted telling us that the Mother was in Ted’s lecture room. Turns out though it wasn’t his lecture room (for Architecture), but for Economics. There have been rumours though that How I Met Your Mother’s 100th episode (5×12) will bring us a step closer to the Mother… 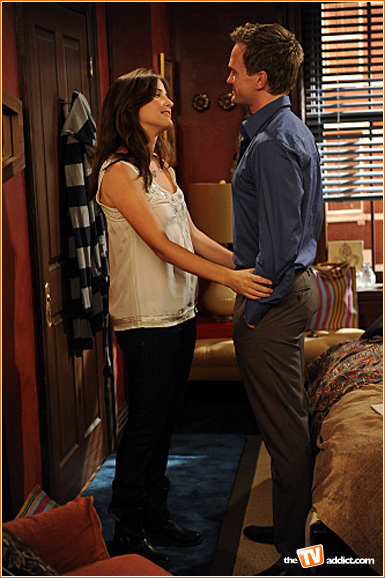 This TV show walks a fine, fine line. On the one hand it is filled with jokes only geeks and nerds will get, on the other side they’re actually making fun of this audience. Once in a while I still cringe at some of jokes (just because I know I do whatever it is they’re making fun of), but I think it’s gotten better. I’m still not sure about Penny and Leonard as a couple; they are cute together, but they’re not the Ross and Rachel type that the series is pushing them to be.

I watch my fair share of procedural dramas, and while occasionally enjoyable I’m not really looking to add yet another one to the huge list of things to watch. I’m not sure what to do yet with The Forgotten; it seems interesting, but I don’t think there’s enough there to hook me completely on to it. It’s about a civilian volunteers group who, after the police have failed, attempt to identify John and Jane Does. Christian Slater is okay as the lead ‘investigator’ who himself lost his daughter in a kidnapping and has never heard anything of her. The rest of the team is adequate, but there’s nothing that makes in want to invest in these characters. There’s no fun interaction between them or any intriguing gripping backstories like on most other shows.

This new show features Julianna Margulies as Alicia Florrick, the wife of a politician who has been jailed after a very public sex and corruption scandal. To provide for her two children, she returns back to her old job as a defense attorney, although she has to rebuild her reputation and position. When I initially heard about this show, I thought it wouldbe much more political and all about how this politician’s wife has to deal with the scandal and betrayal of her husband. Juicy stuff, right? It isn’t at all though; the show is basically just a legal drama with the scandal as an added element to stir it up a bit. I know people who will love to show, but it’s not something for me. 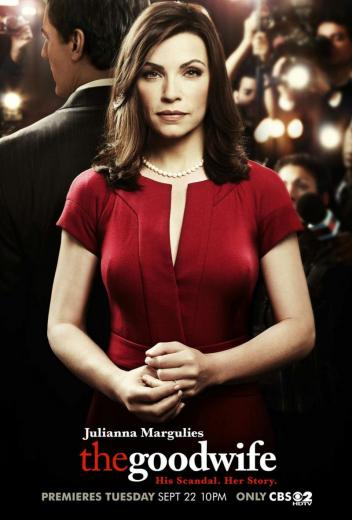 So I watched two more episodes of the Vampire Diaries, and I’m still not impressed. All the characters just seem so bland, none of them are interesting at all. Plus, why does every ‘ad’ cliffhanger end with a vampire ‘attack’? The first time was cheesy enough already, why repeat that a couple of times? I’m sorry Vampire Diaries, but even though you’re based on my beloved books, so far you haven’t been delivering at all.

We’re at the 6th season already? I remember being so hooked on this show that very first season, and while the show has had its ups and downs, I still remain as invested as I was that first season. And now we have our very first departure of the show (yeah, I know Burke left, but he didn’t die, so technically he could come back), George O’Malley. George is dead. I knew it was coming after last season, but the writers are just so mean and still manage to shock us. That moment when Lexie goes “No, it’s not him, George is taller”, I for a moment was actually expecting that to be true. And that only makes the impact that it is him so much more stronger. I still love how Grey’s Anatomy manages to have a theme in each episode and interweave it through all the story lines and patient cases. In this case the 5 stages of grief. Everybody is dealing with their grief differently (if you want to read more about this episode, you should follow Grey Matter, the blog of the writers). Also, did anyone notice that Meredith is pregnant? In real life that is, not in the show. They’ve been pretty smart and creative with covering it up.

I know it’s so cheesy and soapy, but I’m growing to like this show. I like how they’re using the flash backs to show us more about these characters; some of the flashbacks are completely ‘new’, while others actually come from the original series. Even though I never watched the original it’s kind of interesting to see these characters so many years later. I also liked this post from Buzz Sugar linking the current characters to their original series counterpart. So far my favourite characters are Violet (psycho, yet sweet ), Ella (bitchy PR agent), Jonah (the up and coming film director) and Lauren (the med student-turned-prostitute).