Slowly working my way through reviewing the rest of the movies I watched last year. I also still need to do some proper reviews of the movies I’ve watched this year. I can’t believe it’s February already!

Great concept, bad execution. 9 takes place in the future, where mankind has been wiped out by machines. When a small burlap doll, called 9, comes to life, he has no idea what has happened to this world. Together with a group of other dolls, he tries to figure why they were created and were meant to do.

Visually 9 looks gorgeous; the doll designs, the apocalyptic world, the monster robots, it all looks superb. But the story behind it was just too weak. There’s no real answer to any of the questions raised and the plot just jumps from one encounter to the other. It kind of feels like a bad video game, with the plot taking a back seat to the visuals. Such a shame because this could have been amazing. 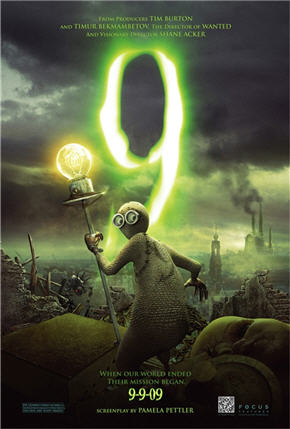 Yeah, I finally went ahead and watched this. I always find it a bit hypocritical to completely trash a movie if you haven’t seen it. Was it as bad as I expected? Yep. Did I enjoy it? Ehm, honestly? Yes. It’s so cheesy and predictable, but it’s a fun movie that never takes itself seriously. And some of the songs are pretty catchy.

Staying in the realm of musicals for a bit, I had wanted to watch Repo for ages.  The movie is set in the year 2056, where GeneCo rents out organs to people. If they can’t pay though, the Repo man is sent to collect their organs…

A horror opera in a futuristic world. Awesome idea! In reality though, I didn’t like the movie as much as I had expected. I didn’t like any of the songs and the story just wasn’t that interesting. I loved the comic book snapshots throughout the film though and adored all the actors singing (Anthony Stewart Head!!). I just wished they had better songs to sing. 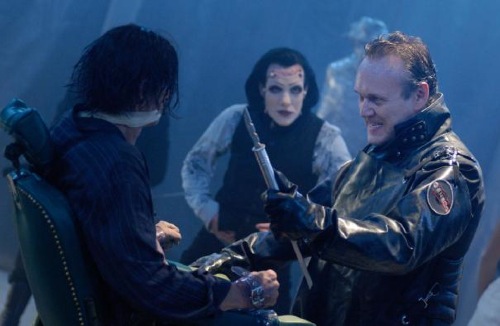 I should have expected how bad this was, seeing as Nicholas Cage is in it. It’s loosely based on a Philip K. Dick story, but plotwise it really isn’t that impressive. Cage stars as a man who can see a couple of seconds into the future and is wanted by the FBI because of this skill. A waste of time: avoid.

I love a good dragon story, but Eragon was just aweful. The acting was bad, the story was boring (and completely ripped off from Star Wars of course) and just didn’t make sense. The dragon was pretty though.

I watched this straight after Next and Eragon, thinking I’d do a bad movie afternoon. Jerry (Shia LaBeouf) and Rachel (Michelle Monaghan) are two strangers thrown together by a mysterious phone call from a woman they have never met. Threatening their lives and family, she pushes Jerry and Rachel into a series of dangerous situations, using the technology of everyday life to track and control their every move. Surprisingly it was more enjoyable than I had expected. It’s not the greatest action or thriller ever made (no by far), but it’s a good fun movie for a rainy afternoon. 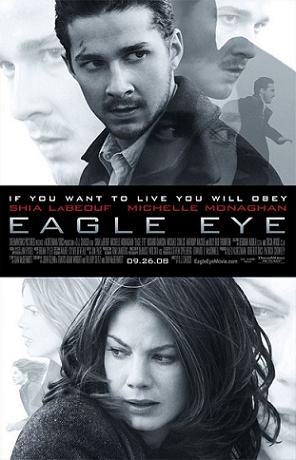 Frank is a convict fourteen years into a life sentence without parole. But when his estranged daughter falls ill, he is determined to escape and be with her before it’s too late. He develops an ingenious escape plan, recruiting a bunch of other inmates escapists, each with specific skills to make their escape work.

I really liked this movie. It was a bit slow going, but the way the story unfolds was pretty cool. Instead of just a normal narrative, we get to see two stories simultaneously: the preparation of the escape and the escape itself. I was expecting some weird scifi twist (mainly because I had seen glimpses of a London underground station during the escape in the trailer and was trying to figure out why they were underground, but that’s actually never explained), but even without that it’s an interesting movie.

Another underground movie. For generations, the people of the City of Ember have lived underground. But Ember’s once powerful generator is failing… and the great lamps that illuminate the city are starting to flicker. Two teenagers must search Ember for clues that will unlock the ancient mystery of the city’s existence, and help the citizens escape before the lights go out forever.

I wish I had read the book first, but it’s still a great movie. Yes, it’s a kids movie, but the way the fantasy world has been built up is charming. Bill Murray is good as the unlikable Mayor and Saoirse Ronan is sweet as the young heroine. 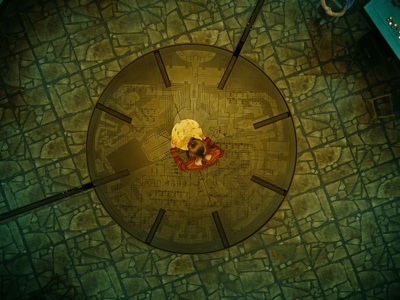 I always love slightly different narratives in movies. In Vantage Point we see an attempted assassination on the American President from several vantage points. Instead of just repeating the same exact period of time from different points of view though, we slowly get more and more parts of the story. I had expected it to become a bit tiring after a while, but the movie manages to keep you interested and intrigued without repeating too much of what you seen already. Some of the ‘twists’ were a bit predictable, but even I hadn’t figured it all out.

I wonder how many of you have even heard of this movie? Oscar stars Sylvester Stallone as Snaps Provolone, mafia boss who promises his dying father that he’ll turn into a honest businessman. On the day that he’s supposed to ‘go straight’ all things go wrong, starting with his accountant announcing he wants to marry Snaps’ daughter.

This is one of those movies I remember loving as a kid/teen, but it had been ages since I had last seen it. Was it as good as I remember? No, but that never is the case with movies you worshipped as a kid. It’s still a funny movie and has some hilarious mixups in it.