Most of the geeky T-shirts I own come from Threadless, and each time they surprise me again with the designs they come up with. This latest one is brilliant: 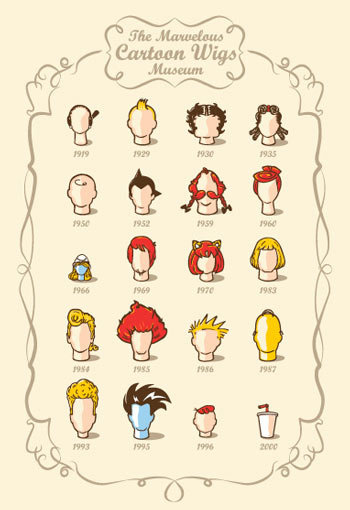 How many characters do you recognize? These are the ones that I figured out (I think I’ve got them right, correct me if I’m wrong though):

I’m missing 5 from the 20, not too bad. Plus I have a feeling I should know those last two…

The Marvelous Cartoon Wigs Museum T-Shirt is available on the Threadless store for $18.