As promised, the second part of the interview with executives producers Jeff Pinker and J.H. Wyman. If you haven’t read the first part yet, check it out here.

Q: You guys have really done a great job with not only developing a fascinating story and a story line, but the clues go beyond the show. There’s all these mock websites with massive dynamics, food trust, all these hints and clues that are spread everywhere. I am very involved with the fan community and every week we get together and we go over all these things. We’re really wondering if there’s anything we’ve missed.

Jeff: I would say that there’s definitely things you’ve missed, but that’s part of the fun, right?

Q: So, we have missed stuff. Any hints maybe? No? Yes?

Jeff: Part of the fun for us is driving people back to those early episodes and seeing that, oh my god that was planted; from the pilot that stuff was already planted in there. We take this notion of world building really seriously. By the time the series ends, we want to make people re-examine everything they’ve watched from the beginning.

Joel: In the season finale, there is one hidden thing in there that I and Jeff will both be really impressed if anybody picks up. So, there you go. There’s one to look for in the season finale that’s very telling about next season but also very hard to find. 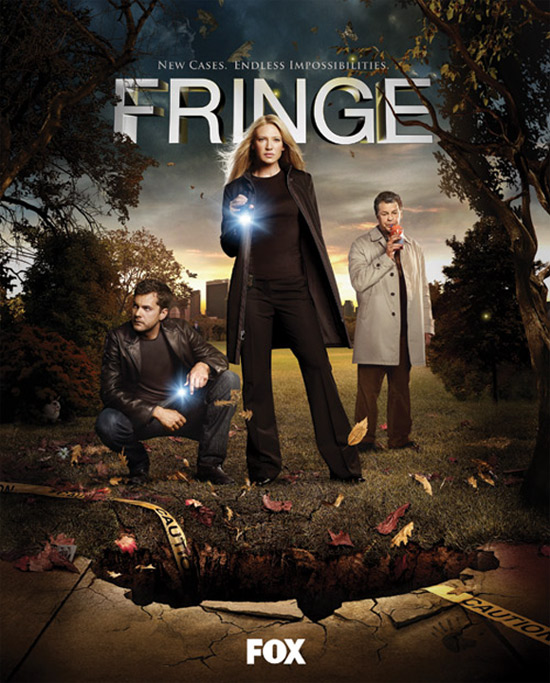 Q: I wanted to know what kind of steps have you guys had to take to keep plot lines and scripts and those kinds of things secret, cause these shows get such rabid attention and the fans just go crazy. Have you had to really take some steps to do that?

Joel: Yes, part of the scripts when they get out, usually it’s from production or from somebody that’s not supposed to deliver them, but what we find is that everybody on the show – from our writing staff, from the office staff, from the actual physical production – they’re still invested in the project. They don’t want anything to get out. So, everybody sort of takes care of our scripts and gets it delivered to the department heads and then they allow them to get out after a certain point, but we’ve been really lucky that everybody is so invested, they take extra care with their own copies of the script, and they don’t let it out.

Jeff: I think what we’re finding more and more, and it’s sort of like we’re in that world where it’s incredibly flattering to know that people are trying to get your stories ahead of time. There was definitely a period a few years ago where things were spoiled far more often. Somehow somebody on the internet would get ahead of a script; it would spoil it. I’ve been on shows where we haven’t been above writing fake pages, even filming fake scenes just for the fear of that. We have done a minimal amount of that here when we felt something was really important to us, but we’ve also found that more and more when people do one way or another learn secrets about the show they’re keeping it to themselves. They’re actually being graceful enough to not spoil things, which we’re finding the pendulum has sort of swung from people getting pleasure out of revealing secrets to people getting pleasure out of keeping secrets, so that’s been actually really great for us.

Q: Assuming there’s a nice big cliffhanger coming up – do you have to really think about what’s coming next season, like plot that out before you even go to this season’s cliffhanger?

Jeff: I think to a degree we do that and to a degree we get some pleasure out of – we know the long term and we like to write problems for ourselves because often figuring ways out the problem provides the most creativity. 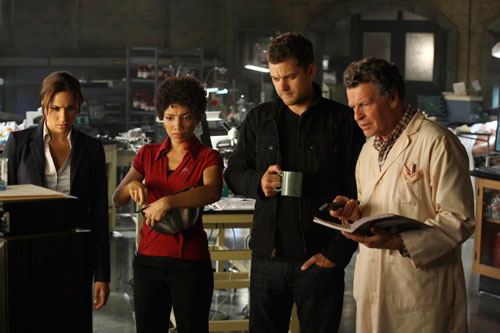 Q: Will Peter stay kind of in his own kind of separation from Walter or will we see at least a piece of them coming back together again, even if it’s to set up what you guys do next season?

Jeff: Relationships are complex and just for the very same reasons that I think that throughout the seasons, we never really want it to be easy – that just because it’s a TV show in the United States of America, that the handsome male lead and the beautiful female lead should be together. You have to earn those types of things, we believe. So, when we’re playing the emotion of a betrayal like that on a level that it is, I think that it’s all up to the human heart, which is complex.

So, Peter’s going to have a very realistic reaction to the things that he’s now aware of, and I think that that’s the first step in a journey back to some sort of common understanding of a relationship. I don’t think it’s ever going to be easy, and it should supply us with a lot of material because it’s such an interesting dynamic. You just don’t want to just say it’s all forgiven. But you also want to have other flavors of the relationship – not just, you betrayed me. So, I think that’s where we are.

Q: End of last season, you set up the idea of the other universe and so now there’s obviously the revelation of Peter realizing he’s from there, where are we kind of barreling towards as we come toward the end of the season and what are you setting up for us to kind of jump from as you prepare for season three?

Jeff: Last year, our season finale we thought was effective because it sort of introduced concretely an idea that had been sort of talked around for the entire season, and we managed to, I think, be satisfied with the thoughts and the expectations of the audience. I think people really enjoyed that. So, it was a huge challenge for us this year to figure out well how can we turn the page in the next chapter and how can we have the same effect because I think it really was for the audience satisfying that we had last year this year. So, we believe we’ve done that.

At the end of the season, I think that you’ll be wow, now this is a whole other world and this is really interesting. Not a whole other world literally but a whole other chapter that has been sort of talked around but now concretely you will understand a lot more. So, if we’re heading towards anything, it’s that. It really sets up a satisfying conclusion to what people have invested in this year but also sort of opens up a whole other level of understanding that hopefully will propel us into season three and further. A lot of very exciting things that we’ve come up with that we’re really excited to tell.