Me Haz: Another Shiny New iPad

This week has just been amazing. I’ve been so busy (thus the lack of blog posts around here) and so very very lucky. I’ll talk about some of the other awesome news in a later post, but the first bit is: I WON AN IPAD!

Last Thursday I attended a small meetup to get to know the new team behind the Three marketing and community outreach. It was a great evening, catching up with some familiar faces and meeting the new team. During the event we found out they had a competition to win an iPad if you answered the following question: what was the first phone available on Three? … Uhm… I had no idea, but thought it would be easy to find with the powerz of the internetz. Yeah, no. I spent at least half an hour trying to google it (with my trusty iPod Touch and Mifi combo) and eventually found it (it’s the NEC e606, if you were curious).

Then on Friday I got an email that I had won! Awesome! I was headed into central London anyway, so picked it up that afternoon. 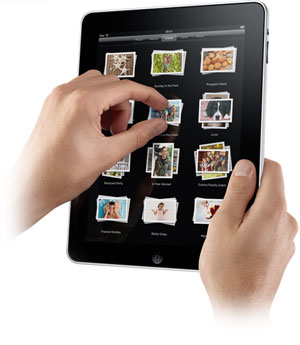 Now technically I kind of already have an iPad; as you might remember I bought one together with Cristiano a couple of months ago. I’ve been saying for ages that I like the iPad, but didn’t really need one for my own. All I did was read papers with it, and not much more. Weirdly enough since getting my own, I’ve use it a lot. It’s a different experience when you’re not sharing it and having it ALL to yourself. I’ve properly set up my calendar and twitter on it, and it’s great as a simple second screen on my desk.

A huge thank you to @ThreeUKLatest! It’s the second most awesome prize I’ve won this year… (stick around to hear about the first).

Btw, if you’ve got an iPad, you should be listening to PadAddicts (see their website or subscribe to them in iTunes).