Wow, this illustration by Anna Rettberg is awesome! I instantly recognized most of these characters; I think the only ones I struggled with were from shows that I haven’t watched (only 2 actually: Arrested Development and Breaking Bad). How many can your recognize? 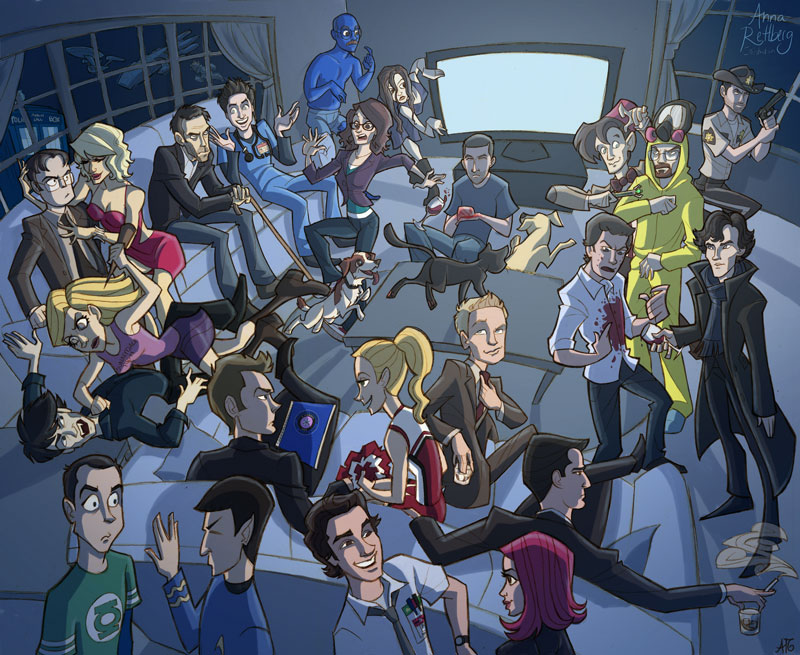 Here’s all the characters in the picture: