Me Wantz: The Princess Bride Monopoly

Monopoly is one of those games I have a love-hate relationship with. I used to play it a lot with my siblings and Dad, so I’ve got some great memories playing that game. But Monopoly itself though? The actual gameplay? I don’t really like it. Chances are that it’s because I suck horribly at it, but there’s just something about the gameplay that hasn’t clicked in my head. Most other games I can quickly see what the logical approach of playing the game is, but with Monopoly I’m sorely lacking that.
Despite that though, I used to love playing it and my family has quite a couple of different themed sets of Monopoly (Star Wars and Pokemon are my favourites). So I might have squee-ed a bit when I saw this awesome Princess Bride version: 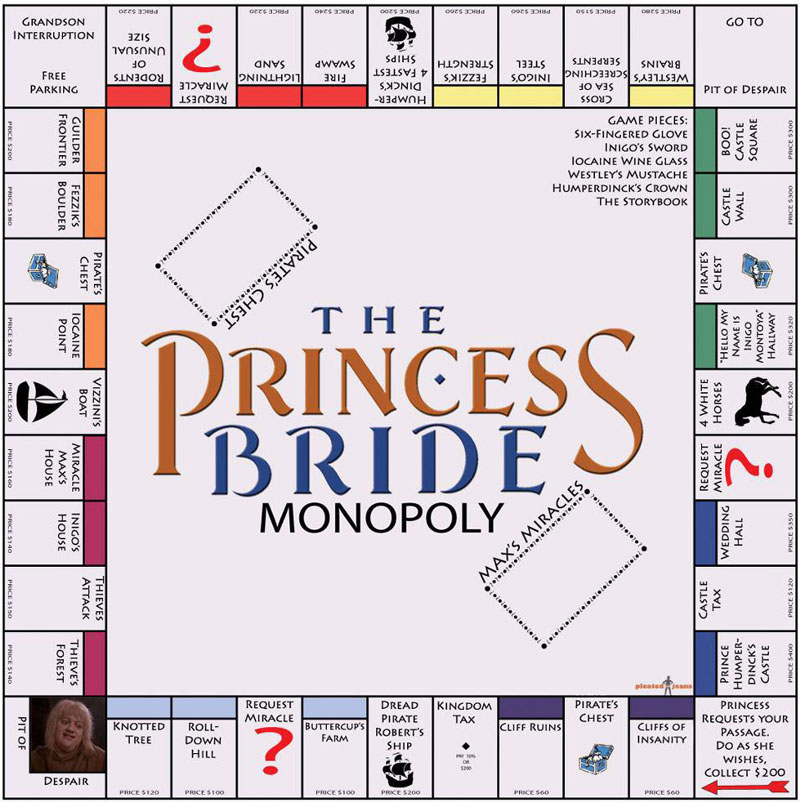