Giveaway time! This time I’ve got a great giveaway for you guys, to celebrate the release of City of Heavenly Fire, the final book in the Mortal Instruments series. I’ve still been meaning to read this series myself, but I’ve heard so many good things about it. 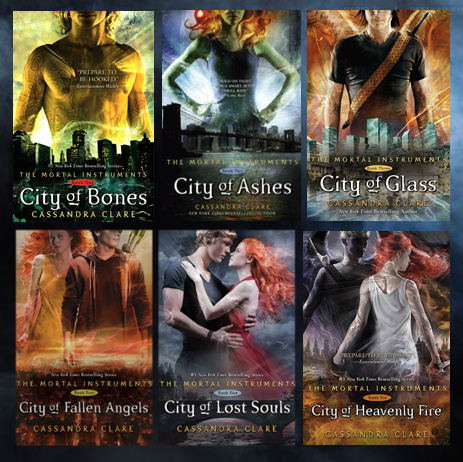 To enter the giveaway, leave a comment behind explaining what your favourite city is. You’ll also get a second entry if you’re following me on Twitter and tweet about this giveaway with the hashtag #missgeeky. The competition is open to US residents only and it will end on May 31st.

City of Heavenly Fire is the final book in the #1 Bestselling The Mortal Instruments series.

Shadowhunters and demons square off for the final showdown in the epic conclusion to the #1 New York Times bestselling Mortal Instruments series.

Darkness has descended on the Shadowhunter world. Chaos and destruction overwhelm the Nephilim as Clary, Jace, Simon, and their friends band together to fight the greatest evil they have ever faced: Clary’s own brother. Nothing in this world can defeat Sebastian—but if they journey to the realm of demons, they just might have a chance…

Lives will be lost, love sacrificed, and the whole world will change. Who will survive the explosive sixth and final installment of the Mortal Instruments series?