By now you may know I’ve been a geek for almost my entire life. What you might not know is that my first passion was for animation series. When I was about five (maybe even four), I used to get up every morning at 6:00 to watch tv. Looking back, the weird part is that I didn’t need an alarm clock or anything; I just woke up everyday at the exact same time. What I would give to be able to do that again.

This addiction to kids tv series gradually turned into an addiction to normal tv series, but left me with an insane amount of memories of those tv shows I used to watch. To put that knowledge at least to some use, I’ll list a couple of shows you might have forgotten about.

So in no particular order:

20. The New Archies: Not really one you would have forgotten due to the comic, but not eveyone knows there was a tv series. Are you a Betty or a Veronica?

19. The Adventures of Teddy Ruxpin: I just loved the world they created here; all the different types of creatures.

18. Gummi Bears: Who didn’t love the magical bears that bounced?

16. Captain Planet and The Planeteers: I still know the lyrics of the themesong (which by the way is from Phil Collins). A lot of known actors did (guest) voices for this (Whoopi Goldberg, Levar Burton, Meg Ryan, Martin Sheen).

15. Police Academy: I loved the running gag with the goldfish.

12. Dino-Riders: My brother had a Dino-Riders Triceratops set; I loved playing battles with the Transformer against the Dinosaur.

11. Captain N: Is it weird to have a crush on a cartoon character? I completely adored Kevin when I was 7.

9. Mysterious Cities of Gold: This had the most catchiest theme song ever; I still get goose-bumps every time I hear it.

8. Pound Puppies: I had a two-sided jumper with on one side a cross-word puzzle pattern with one of the puppies and on the other side a big version of that same puppy.

6. Ewoks: I remember watching this before ever consciously having seen Star Wars. When I did see Star Wars, I remember thinking: “Cool, they’re using real life ewoks in here!”

5. Babar: Royal elephants! What more do I have to say.

4. Beverly Hills Teens: I was too young for the real Beverly Hills, but this was one of those real girl cartoons.

3. Kissyfur: I only remember that I watched it, for the rest I’m drawing a complete blank.

2. The Littles: This was just so cute!

1. Ghostbusters: I don’t mean the Ghostbusters animation series based on the movies with Dan Akroyd and James Belushi. No, I’m talking about the other Ghostbusters. The one with the gorilla. 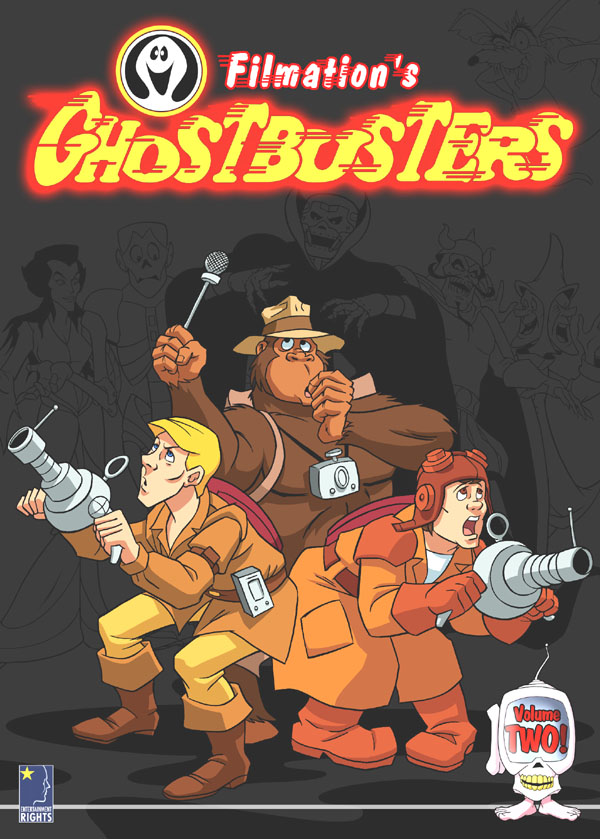