About a week ago Sizemore twittered he was organizing another bloggers screening, this time for the Brazilian movie City of Men. I was interested, but I hadn’t actually seen the critically acclaimed sort-of-prequel to it, City of God. Although I had heard a lot of good things about it, I didn’t feel it was my type of movie and had avoided watching it. Now with this screening of it’s sequel coming up, I finally sat down and took some time to give it a go. And I am so glad I did. 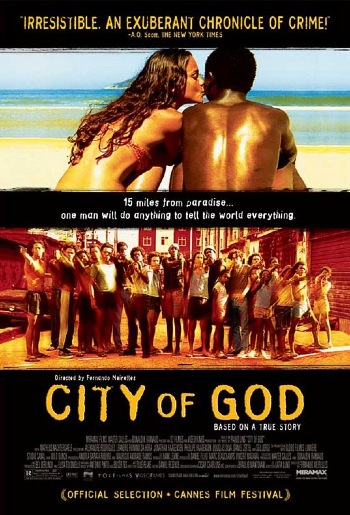 City of God is a Brazilian drama directed by Fernando Meirelles and Katia Lund. It’s an adaption of the novel of the same name (by Paulo Lins), which in turn is based on a true story. The Cidade de Deus is a slummy lower class neighbourhood, a suburb of Rio de Janeiro, teeming with drug dealers and gang members. Rocket is a teenager who lives in Cidade de Deus in the seventies and the movie opens with him caught in the middle between a gang and police shoot-out. It then jumps back to ten years earlier (the sixties) and Rocket tells us how he got into that situation, which includes tales about his family, friends and neighbours.

I hadn’t expected to like this movie; I thought it would be all dramatic and serious because it’s about the slums and drugdealing. I’m not saying it isn’t (cause it is), but Meirelles and Lund manage to embed an unexpected lightheartedness in how the movie is told. There’s a weird light black comedy vibe going on, making you laugh one moment and shiver in shock the next. 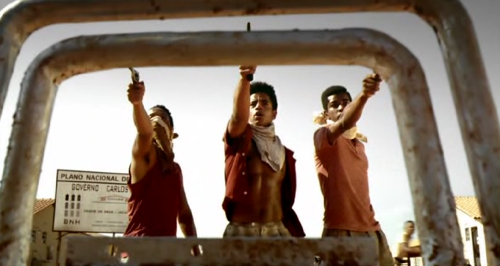 The movie is about the slums and drugdealing, but most of all it’s about kids growing up. Yes, they have to deal with guns and drugs and death, but they also have to deal with the standard stuff: figuring out what to do with their lives, overcoming their insecurities and how to get that first crush to finally kiss them. But they’re doing this all while trying to survive in this gang ruled world, full of both ruthlessness and humanity.

The look and feel of this movie is superb. Initially, the story flashes back in one big jump of ten years, but after that Rocket gives little glimpses of stories he will tell. For instance, at one point he introduces a character briefly, who’s not that relevant to that scene, only to say he’ll came back to that story later. It gives a great dynamic to the film, eluding to future events and giving the viewer something to wonder about. The cinematography is beautiful; it’s gritty and harsh, but that all contributes to the bleak realism of the movie. There are a couple of wonderful camera pans and freezes, highlighting key moments. 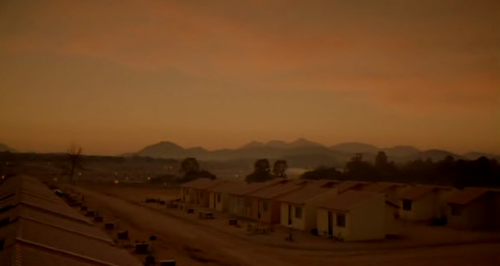 City of God is a film you have to have seen. Not everybody may think this film will be for them, but even then I recommend giving it a try, you may be surprised. There’s a very good reason why this film is so high in a lot of “Best-Of” lists and I imagine it’s going to stay in those lists for a very long time.