5 Days of Halloween: 5 Movies That Scared Me

Halloween is the one holiday I love, but never really got to experience. Both in Australia and the Netherlands it’s not an actual holiday. The closest I got to a “real” Halloween was a birthday party on the 31st of October which had a Halloween theme. Trick or Treating, pumpkin carving, etc… never experienced that. I also don’t think there’s a real Halloween spirit here in the UK (or is there? enlighten me please, in case I’m wrong). Instead I’m holding my own Halloween party here on my blog for the next 5 days. Hence the name: 5 Days of Halloween.

I thought I’d start with 5 movies that scared me. Not all of these are actually Halloween themed movies or even horror movies what that concerns. They are all movies though that scared me after watching them for the first time.

This still creeps me out now and then. My parents have a small tv in the attic and whenever I have to get something there when it’s dark I start imagining Samara, the creepy girl, crawling out of the TV.

I know, I know, not really a film that’s scary, right? But I saw it when I was 8 (the old version not the Guy Pearce one) and I have a vivid imagination. For days, I wouldn’t sleep on my side (only on my back), cause I was scared whenever I turned a Morlock would be lying behind me. 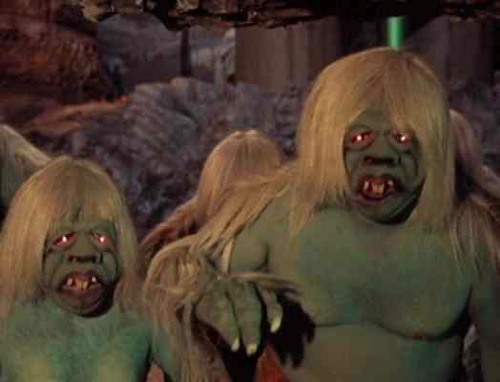 3. Requiem for a Dream

Again not really a scary movie and I’m not sure ‘scared’ would be how I described my feelings afterwards. I was left completely disturbed by it though.

My brother had seen this before me and for some weird reason (I really have no freaking idea why) I thought this was a Japanese movie. Not a remake, mind you, I thought it was a full-blown Japanese speaking, Japanese actors movie. Ehm, yeah, so I was kind of surprised when it wasn’t. Anyhow the Jigsaw Killer and that disturbing puppet stayed in my mind for some time.

So I didn’t actually get scared from this movie, but from it’s poster. Back in high school, I covered one entire wall of my room with small magazine sized movie posters. In the upper most right corner I had the poster of Hannibal (the sequel to Silence of the Lambs). After a couple of days though I had to take it down and replace it with something else (the Blade poster, which btw took me ages to see what the background actually was. I always though it was just random mist hovering there). Now wouldn’t you be creeped out by seeing this just before you go to sleep: 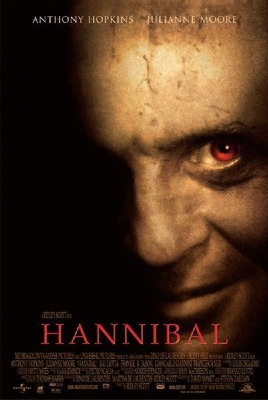 So any movies that left you completely scared?