I’m a bit late with posting my review on Tranformers 2, but seeing how opinions on this sequel are so diverse, I thought I’d add my thoughts to the big melting pot that is the blogosphere. As a small side note first though: I booked my tickets a month in advance on the BFI IMAX site; the film was only being released in IMAX a full week after normal cinemas received it, but I thought it would be worth it to wait for the IMAX. Imagine my surprise when I later found out that somehow they had managed to get the movie earlier anyway, on the same date as normal cinemas. I’m just a bit pissed off that they failed to inform people about it. It would have been great to hear about it, and maybe re-allocate my tickets or something like that. 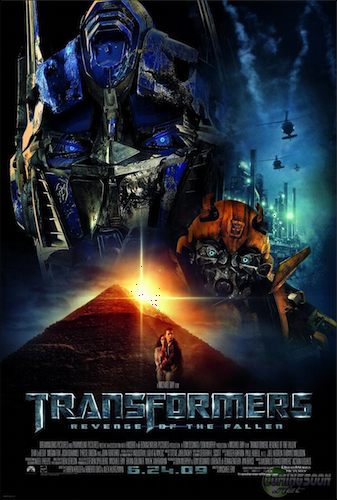 Transformers 2 reunites us with Sam Witwicky (Shia LaBeouf) and Mikaela Banes (Megan Fox), who are preparing themselves for a long distance relationship as Sam is moving away to college. But of course they get caught up again into the war between the Decepticons and the Autobots, as Sam gets affected by the final sliver of the AllSpark.

Transformers is a big stupid summer action movie franchise, and you shouldn’t be expecting anything more than that. Transformers 2 continues on with more gigantic robots, bigger explosions and  more battles between gigantic robots. It’s far from being a “great” movie, but that doesn’t mean it’s a bad movie. It’s a typical Michael Bay movie, and sometimes that’s exactly the type of mindless entertainment we need.

The CGI is gorgeous, and unlike the prequel we get to see a bit more zoomed-out shots of the robot battles. We also get to see some new types of robots, including a robot jaguar, a set of female motorcycles, a mini radio-controlled monster truck and a duo of “gangsta” Chevrolets (there has been a lot of debate about this characters online. My thoughts: it’s a Michael Bay movie, do we really have to overanalyze everything?). The sequences are superb, although with so many different robots on screen it sometimes difficult to follow who is who (also I was never that much of a Transformers fan growing up, so I don’t recognize many of the minor characters or which side they’re on). 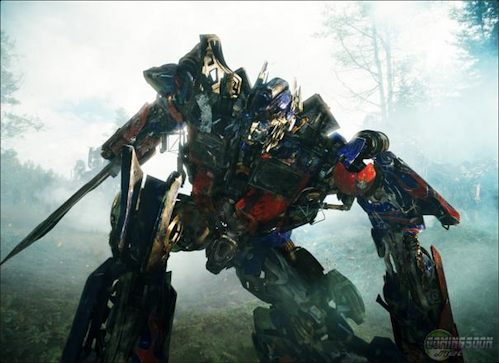 Transformers: Revenge of The Fallen is a fun summer action movie, full of robot battles and explosions. If you liked any previous Michael Bay movies, go ahead and see this one; there’s no doubt you’ll like it. If you hated the previous Transformers, there’s no chance in hell you’ll like this one.

Transformers: Revenge of The Fallen is out now in cinemas.