Years ago back when I was in high school there was this book that my sister had to read for school (in Dutch, might I add) and she hated it. Because of that I automatically assumed it sucked and refused to read it. Not long after that it became a world wide hit, yet I remained saying it was an awful book (while never having read a word of it). Until I saw the movie and decided to give it a go anyway. Well, that book was the first Harry Potter (to be very fair I have actually read the Dutch translation now and compared to the original, it does really really suck). 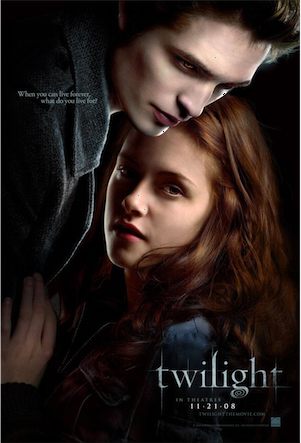 I kind of had the same reaction to Twilight from Stephanie Meyers. I had read a bit of it, a couple of chapters, but my opinion was mainly formed by the many book review blogs out there. In my eyes, it seemed like a weak hyped-up rip-off from many other great vampire books. Now I haven’t read the book yet, but after seeing the movie I might actually give it a go (ah, history repeats itself).

Twilight is about Bella Swan, a teenager that moves to the small gloomy town of Forks to live with her father. As she starts her junior year in high school she becomes fascinated by Edward Cullen, a mysterious and captivating student. Bella soon discovers that Edward is hiding a secret, after he impossibly saves her life from a van with his super-human strength and speed. She is determined to unravel his secret, but the truth is more terrifying than she realizes. Edward is a vampire. Any normal person would just keep away from him, but Edward and Bella fall passionately in love with each other. And so begins the forbidden relationship between a human and a vampire.

Is Twilight a great movie? No. Not by far. It seems much more like a made-for-TV film or a regular TV show. The special effects are horrendously bad, the acting is bland, the editing seems choppy at times and the pacing is pretty slow. And yet, it’s turned out better than I expected. True, my expectations were very very low, but there’s something about this movie that makes me like it. It’s one of those guilty-pleasures type of movies, that I know will end up on the list of movies I can watch when I’m sick to my stomach lying on the couch from fever or flu. 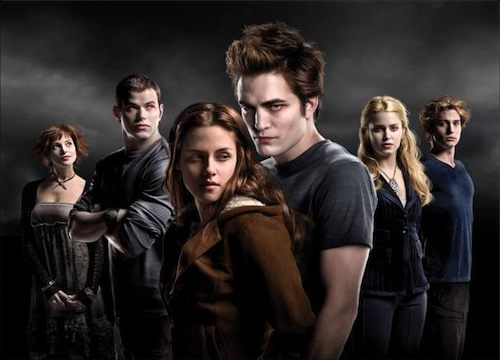 Story-wise it isn’t original at all. Girl falls in love with a good vampire boy. Vampire boy is tempted by her blood and refuses to see her. Bad vampire boy finds out about girl and hunts her down. Good vampire boy saves her and realizes he cant live without her. Been there, done that. If the book is anything like the movie, I still remain convinced that there are way better vampire stories out there, with much more complex and interesting mythologies.

If you want a cheesy easy romantic flick for a summer afternoon, try Twilight. I liked it much more than I expected, and I’m even considering seeing it’s sequel New Moon in the cinema (not completely sure yet, depends if anyone else is interested in coming along).

Twilight is out now on DVD.