A couple of days ago I posted an awesome short called Spoiler (watch it here if you haven’t seen it yet). The director and writer of it, Daniel Thron, kindly agreed to answer some of my questions about it!

Can you tell me a bit about your background – how did you get interested in filmmaking?

I’ve been a film nerd since I was a kid.  Stuff like Star Wars obviously blew my mind, but I also used to stay up late to watch The Movie Loft on TV38, where they used to put on movies like Serpico, The French Connection, Sorcerer, Dog Day Afternoon, Network, etc – all uncut.  Really set a groove in my head as to what movies should feel like.

I didn’t pursue film immediately though, even though I always talked about it. Instead, I started doing freelance illustration, and sort of stumbled into videogames as a texture artist.  It was a while before I really got my act together. But I ended up doing more and more concept work, and was soon storyboarding sequences for in-game movies. Finally I ended up directing them – I did the cinematics for the Eidos’ ‘Thief’ series and some others. And that gave me enough of a reel to get into the VFX industry, where now I’m primarily a matte painter and concept artist for Digital Domain.

It was here that I met Karl Denham (Spoiler’s producer and cinematographer), and we’ve worked on a ton of projects together, including the feature film he directed, ‘The Waver,’ which is in post now. He also shot Ben Hansford’s hilarious ‘Tron: Reboot’ web series that I star in, in some sadly tight spandex. 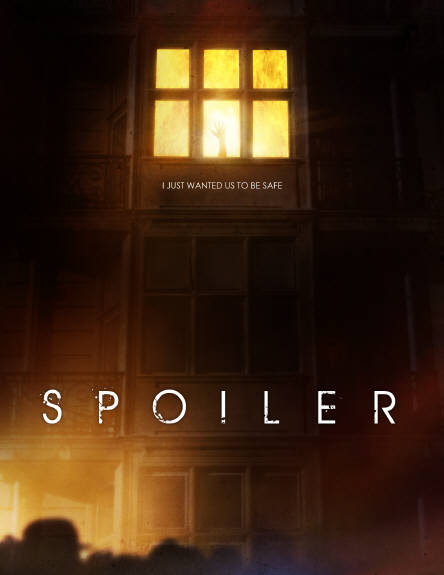 Where did the idea for Spoiler come from?

Spoiler came to me when my wife and I were house-sitting for Karl while he and family were vacationing. At the time they lived in a large apartment – a great place, but the complex itself had a really strange sort of fortress-like flavor, and it had some problem with its alarm system – night after night the whole place would start ringing for no reason. I had some really bizarre dreams out of this, one of which turned into the basis for the script.

Karl and I are both big zombie movie fans, but that genre is definitely stuck in a rut. There have been some amazing breakout novels that take a different tack – World War Z, which is fantastic, or The Forest of Hands and Teeth – but movies all seem to break down into repeats of 28 Days Later or Dawn of the Dead — so it seemed like a real opportunity. We wanted to make something that could essentially be an episode of Homicide: Life on the Street, only a little zombified. Our favorite films work like this, Blade Runner could be a Dashiel Hammet story easy. Eternal Sunshine of the Spotless Mind is a love story that happens to be sci-fi.

Can you tell us a bit about what went into creating Spoiler?

The production of the film itself was strung out over a number of weekends; we had a very, very small crew and almost no money (the budget was around 4 thousand bucks); everyone was working for free, donating time we could never afford in a million years. Luckily, working in VFX, we got a lot of great folks on board — Dan Platt, who did the makeup for our zombie, worked with Karl on Tron: Legacy, and did a lot of the practical effects for Exorcist III (the unsung great Exorcist movie!), and the my friend David Bryant, who played the trapped husband, has also been doing VFX for years. Much of the settings were utterly stolen, guerrilla style stuff — including a lot of the apartment exteriors. It was pretty amazing that we had guys running around in HAZMAT gear, and no one gave us a hassle, but there it is. The actors are all friends of ours, as well — I’ve known Michael Faradie and Luke Albright for many years, and have been dying for a chance to work with them.

The technical stuff: We shot almost everything on Cannon 7ds, though some of the interiors were shot with Panasonic HVXs with lens adapters. The 7ds are amazing because they are so portable and light-sensitive that you can pretty much shoot anywhere with a skeleton crew. We lit some of the scenes with ipads — no kidding. Chris Stack, our godsend of an editor, cut on Final Cut Pro, and the color work was done by Karl in After Effects.  But all of this is for nothing without great sound design, and I owe Robert Flynn a case of whiskey for saving our bacon. 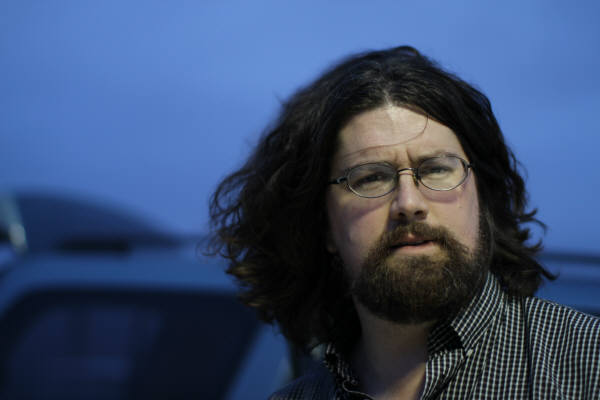 Will you return to the world of Spoiler?

We are so excited by folks response, it’s hard to describe, but yeah Karl and I are looking at both a feature and TV development, and have had a lot of serious interest in both. We’re really proud of the world we built out for this thing, and this short only shows a fraction of it, so we’re anxious to expand. We’ve talked about the possibility of a Kickstarter campaign as well, so hopefully we’ll be sending you some good news shortly! But in either case we are so psyched that you dug the picture, and can’t wait to start shooting some more stuff.