I’ve not been doing that great in my 52 Books Challenge this year; we’re a full two months in and I’ve only 5 books so far! I just bought this book though from Philippa Ballantine called Hunter and Fox and it looks like a lot of fun. 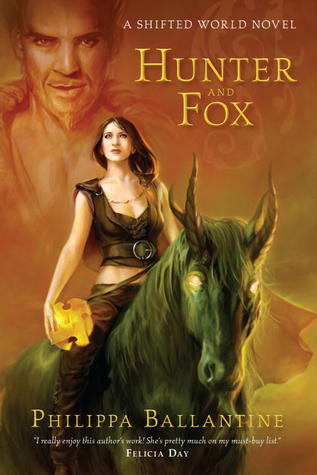 I read Ballantine’s Books of The Order series last year and loved what she did there. She’s a great storyteller and worldbuilder, and I’m interested to see how she fares with another series. I’ve had a couple of times in the past where you love one specific series from an author and just can’t get into any other things they write. The description of this series bodes well though:

In a world that is in constant shifting, where mountains can change to plains and then to lakes, Talyn is the Hunter for the Caisah, and a wreck of a once-proud person. She has lost her people, the Vaerli, and her soul working for the man who destroyed her people. All unknowing, she carries within her a Kindred, a chaos creature from the center of the earth that wants to help bring the Vaerli back to power. However, she has lost the ability to communicate with it. Little does the Hunter know that salvation is looking for her, and it wears the face of gentleness and strength.

Finn is a teller of tales who carries his own dreadful secret. He sets out to find answers to his path but ends up in the city of Perilous and Fair where he meets Talyn. He knows the danger and yet is drawn to her. Their fates are bound together.

Meanwhile, the Hunter’s lost brother Byre is searching for his own solution to the terrible curse placed on the Vaerli. He sets forth on a treacherous journey of his own, which will intersect in the most unlikely place with that of Talyn and Finn. The ramifications of this encounter will be felt by all the people in Conhaero, from the lost Vaerli to the Caisah on his throne.

Hunter and Fox by Philippa Ballantine is available on Amazon.co.uk for £4.43 and on Amazon.com for $16.16.