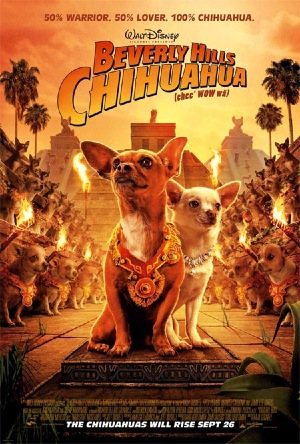 Yesterday I finally took some time to hang up a couple of posters, some of which were lying around for months. The two big posters were both of Heroes, which I got from Cristiano for my birthday. One of them is the “main” poster of the show; the one with the faces on the bottom and the clouds and the skyscrapers. You know, this one:

I don’t think the image works that well when you see it like this “on screen”, but as an actual poster it looks pretty impressive. The second poster is (in my eyes) extremely cool and as far as I can tell it’s quite difficult to find. It’s the cover of the fourth 9th Wonders, the Heroes webcomic, featuring Claire coming out of the flames: Next to those large posters, I got a couple of smaller ones. A few months ago I managed to get some promotional posters (Fearless, Aeon Flux, Ratatouille and Transformers ) for about $2 at the London Film and Comic Con. Now I finally put them up: I love the design of these small ones and am hoping I can find more of these in the future. I’ve got a couple of awkward pieces of wall that desperately need to be covered. Here are some overall shots of how the posters are: Yes, that’s a Spiderman 3 poster there. I bought it before the movie came out and haven’t got around to replacing it with something better (aka almost anything else). There are two particular sets of posters I’ve got my eye on, but I don’t have that much space in my room. Maybe someday later when I got a place that’s bigger than a single room. Anyhow, the first set contains Battlestar Galactica propaganda posters, including the cut-off edges:

The second set is of a similar vein, but this time they’re travel agency adds from Firefly:

I’ve fallen in love with these posters and every time I come across them I want them even more. Each of them is so different than the others, but still you can see that they form a set together. And don’t you just love the “Visit tranquil Miranda”? So Santa, Birthday Bunny, Tooth Fairy, could I please have these for my next Christmas/birthday/wisdom tooth removal?