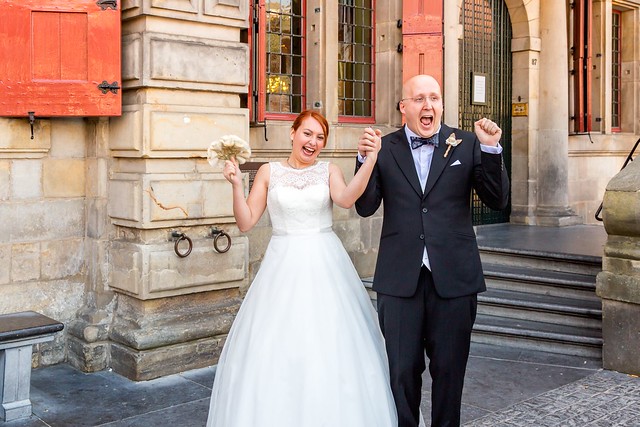 As you might have noticed from some of my recent tweets and blog posts, I’ve gotten slightly addicted to escape rooms… I love the idea and I’m working my way through the list of London rooms. Hopefully I’ll be able to add another to my list if this Kickstarter campaign is successful: https://www.kickstarter.com/projects/enigmaescape/enigma-escape-the-live-escape-game-experience-in-l.

I really like the sound of what Enigma Escape have planned. Here’s a snippet from their Kickstarter page:

Have you researched into your competitors? Yes. Most of the games we played were actually rather fun. However upon reflection, none of the games we played actually made any sense. They were really just puzzles hunts…find all the keys to open all the padlocks and you’ve escaped. Some games tried to integrate a story, but the story quickly became irrelevant and we were left with the same ol’ puzzle hunt. Don’t get us wrong, hunting for puzzles can be fun, but we feel that a live escape game can be so much more than this.

How are you different? We wanted to create games that are both fun to play and make a lot of sense. That’s why our games will be entirely story-driven. We’ll tell you a story of how your team became locked in, then whatever happens next is your story. All the puzzles that prevent you from your escape are natural, meaning that if you think logically, you’ll reveal the solution. Designing the puzzles in this way allows us to create a sense of realism to your scenario. Even if you’ve played live escape games before, you’ll definitely find our take on the game a real challenge. And what makes us the most different, is that we’ve created games that are immersive – see below:

Why are your games ‘immersive’? We want to pay tribute to the origin of live escape games (the escape video game), so we’ve created an experience with video game like features to make you feel more ‘immersed’. These include watching cinematic videos before and after the game to round up the story; background music to set the atmosphere; sound effects at key moments during the game; and other things that you’ll just have to wait and see…

I’ve enjoyed the other rooms I’ve done so far, but I definitely agree that the story is just a backdrop and not really part of the experience. I love the sound of having appropriate background music and sound effects, plus having puzzles that feel part of the story just makes sense to me.

They’ve only got 48 hours left to go and have so far reached £4,628 of their £5,000 goal. They’re almost there! There’s a range of different rewards, most of them offering 2-5 player games when the room has opened. I backed the 5 player one, but I’m so tempted to do the [SPY] level: you get to watch how the staff room works while another team plays!

This is going to be a short review, but I couldn’t resist writing up something about before it disappears from London. I finally managed to go last Saturday and it’s brilliant.

The title of this post says “theatre” review, but Grimm Tales is so much more than your typical theatre show. Their site describes it as “an immersive storytelling experience that will plunge adults and children alike into the subversive world of the Brothers Grimm“. And that’s pretty much spot-on.

Five fairytales are told over several floors of an old, creepy converted warehouse, with the audience moving from room to room with each story. I loved the set decoration and the costumes: it’s the right balance of dark and twisty. Hallways filled with creepy portraits and paintings, stairwells filled with old wedding dresses, just walking through the venue gives you shivers.

I loved how the fairytales are told in actual fairy tale form. I ended up buying Philip Pullman’s adaptation on which it is based and the dialogue is lifted straight from it. Since the rooms are quite small, you also actually get to see all the actors up close and it’s awesome seeing their expressions from that distance. 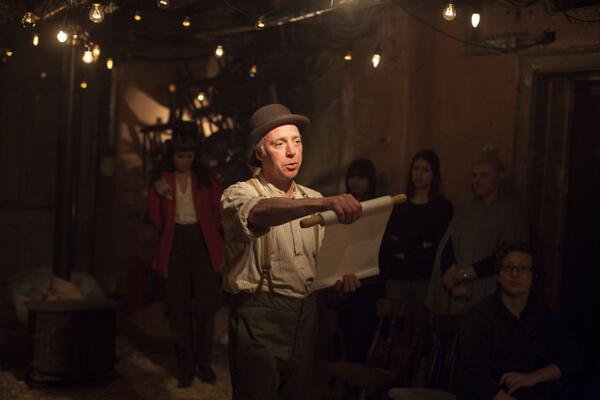 I was familiar with three of the five fairytales, but I have a feeling most people won’t know most of them. I liked that they didn’t pick the obvious ones though, and it really highlights how weird some fairytales can be.

If you’re interested in going, hurry! Tickets are only available until April the 11th.

Video of The Day: A Rap About Technology – Konnie Huq

It’s been more than a couple of months since this happened, but I really enjoyed this talk from Konnie Huq at the last Ada Lovelace Day Live at the Royal Institution. Konnie discusses the influences of science and art on her life and performs a poem/rap about the perils of technology (if you only want to see the rap skip ahead to 9:30):

Video of The Day: Our Hidden Relationship with Objects

The videos of the talks from the last Playful are slowly being shared. I really liked this one from Steve Lloyd about how we relate and define ourselves through objects:

It’s also at Playful that I experimented with sketch notes for the first time! Here’s what I did for this talk: 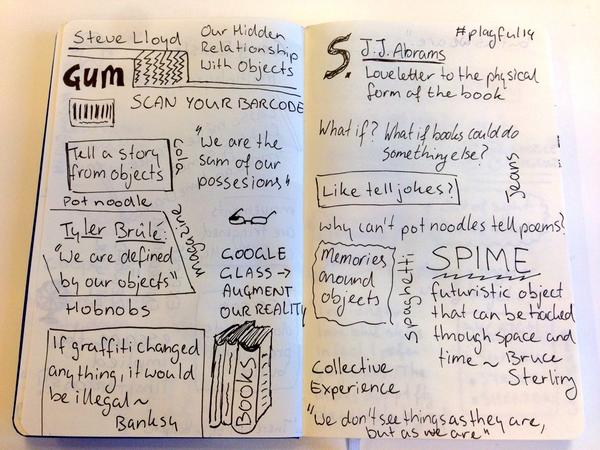 I’m still learning how to do these notes, but it’s been so much fun!

Video of The Day: The Bubble

Video of The Day: Power/Rangers

This came out a week ago, so chances are you’ve seen it already, but I couldn’t resist reposting it here! It’s so good:

It’s been 4 months since Emma Watson did her awesome He For She speech and it’s great to see this followup video about 10x10x10:

This necklace is so adorable: 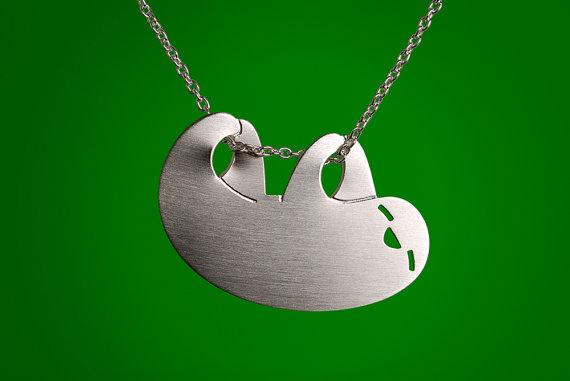 You can get for £33.45 from the marymaryhandmade Etsy store. Here are a couple of my other favourites from the same store (Chinchilla, Little Fox, Manatee, Platypus): 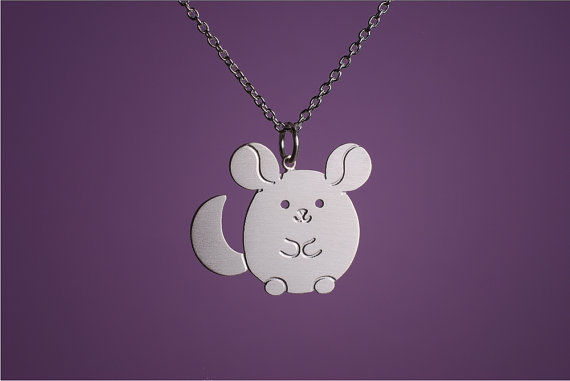 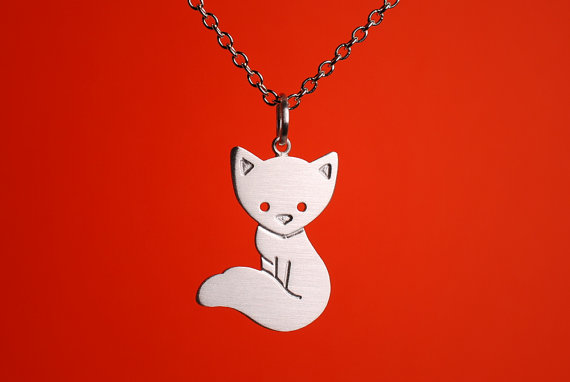 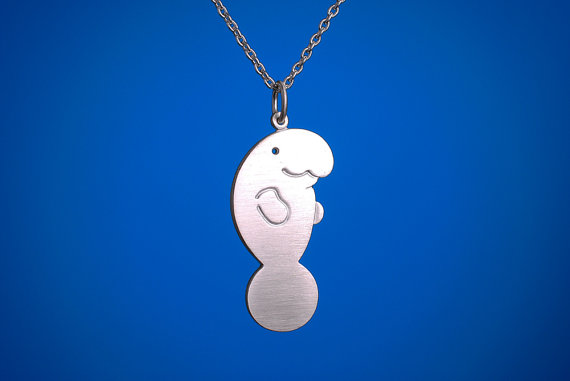 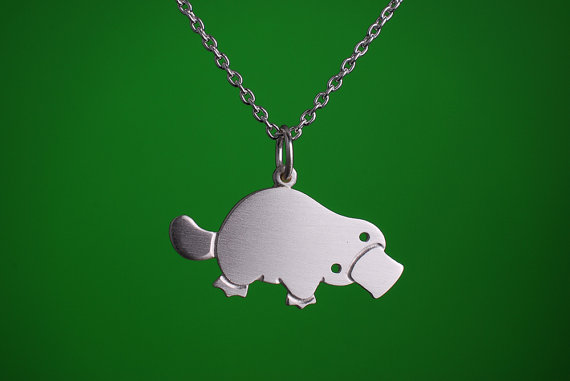