Recount
It’s not my cup of tea, but I’m sure there a lot of people who will be interested in this movie. Recount is a behind-the-scenes retelling of the 2000 presidential elections. Written by Buffy-alum Danny Strong and directed by Jay Roach (Meet The Parents, Austin Powers), it features a solid cast (Kevin Spacy, Laura Dern, John Hurt, Denis Leary and Tom Wilkinson). [Trailer]

Star Wars: The Clone Wars
If you haven’t heard about it already, this year a new chapter of the Star Wars saga is coming out… and this time it’s an animated TV show. To kick it off a feature film will be released in theatres, hence this trailer. Set between Episodes 2 and 3, it centres on Anakin, Obi-Wan, Amidala and Anakin’s padawan learner Ahsoka battling the clones and their masters. Before seeing this trailer I was a bit apprehensive of this project; after the previous 3 crappy ones, did we really need another Star Wars movie? Seeing this trailer though does give me hope for this actually turning out pretty okay (although I’m not a fan of the animation/CGI style). But does anyone here truly believe new character Ahsoka won’t die sometime during the series? [Trailer 1] [Trailer 2]

Traitor
I hadn’t heard of this movie before, but it looks intense and dramatic. Don Cheadle plays a former special operative working for terrorist organizations and Guy Pearce is the FBI agent after him. From the trailer though it doesn’t seem to be as clearcut as that; expect no bad guys and good guys in this movie, but a whole lot of shady grey characters. [Trailer]

The Mummy: Tomb of The Dragon Emperor
I admit: I was a huge fan of the previous Mummy movies. Both of them (not The Scorpion King though; that was crap). So I was kind of excited when I heard they would make a third movie. And then I heard that Rachel Weisz wasn’t coming back. And that this time it would be Chinese mummies. And that the son would be all grown-up now. Yeah, not that excited anymore. This trailer though has gotten my hopes up a bit; it still could be a great entertaining summer movie. Plus it’s got Jet Li as a fighting magic-wielding mummy; that’s gotta count for something! [Trailer] 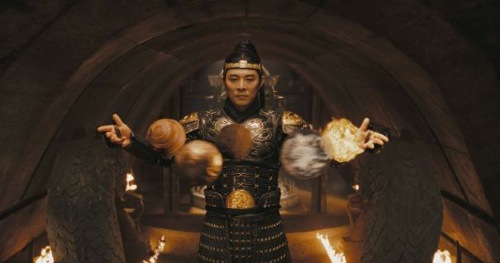 August
Somehow the little I had heard of this movie, gave a complete different impression on what it actually is about and it actually looks interesting. Josh Hartnett is Tom Sterling, a entrepeneur attempting to keep his company afloat in August 2001, when the dot-com bubble burst. To me it seems a hipper, younger Wall Street type of film and I wonder if we’ll look back at it with the same appreciation. [Trailer]

Tropic Thunder
A couple months ago I had posted the first (normal) trailer for this movie and claimed it could be the dark horse of this movie season. Now a Red Band trailer has also came out and to be honest I’m not that crazy about it. I want to like and love Tropic Thunder (especially Downey Jr.‘s character), but this trailer is cause for worry. [Red Band Trailer] 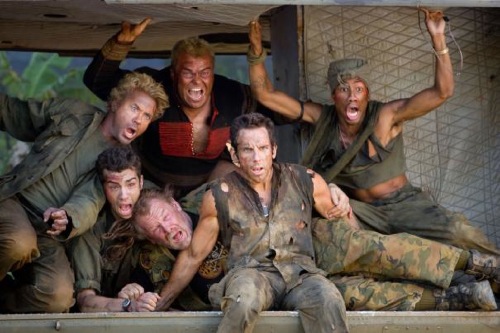 Vicky Christina Barcelona
I’ve always found it difficult to predict whether or not I’ll like a new Woody Allen movie. Somehow you never really know what type of movie it’s going to be. With Vicky Christina Barcelona I’d expected no difference. It stars Scarlet Johansson and Rebecca Hall as friends on a holiday in Spain, who get involved with a painter (Javier Bardem) and his ex (Penelope Cruz). Strong cast and an unusual premise, I think this is going to do pretty great during awards season. [Teaser] [Trailer]

The X-Files: I Want To Believe
I never was much of an X-Files fan; I’ve seen about half of the episodes (only started watching in the sixth season) and never watched the ending. So I have no idea how this movie exactly relates to the series. Yes, it stars Mulder and Scully, but I wonder if there are any important plotlines hailing back to the show. [Trailer 1] [Trailer 2] 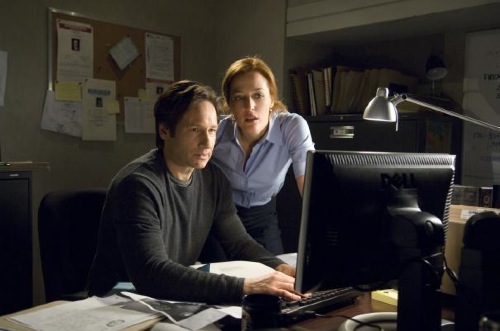 Righteous Kill
You’d think a movie with Robert de Niro and Al Pacino should be pretty amazing. And this film isn’t. I’m not saying it’s bad, terrible, horrible, etc, but for a film with two legends in it you’d expect a little bit more. De Niro and Pacino play two veteran NYPD detectives on the trail of a serial killer, who might be a fellow cop. [Trailer]

City of Ember
Based on the young adult’s book of the same name, City of Ember revolves around the titular city, a sealed-off underground settlement of which the electrical system is failing. The two main characters, 12 year-olds Lina Mayfleet and Doon Harrow, race to figure a way out and save their people. I love the idea of this and if the effects and acting are any good, this could turn out to be an amazing movie. [Trailer] 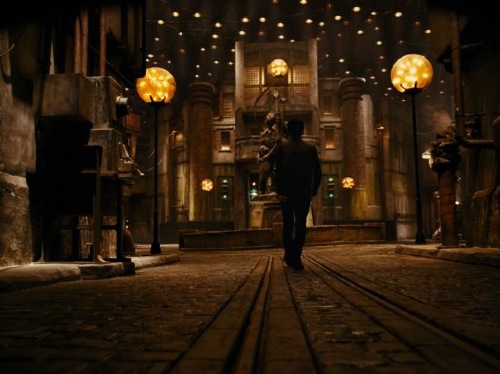