Win Tickets to the Special IMAX Saw All-Nighter on Halloween

Ages ago when the first Saw came out (well, it was actually only 5 years… 6 movies in 5 years?!? Never stopped to realize that) my brother suggested watching it with the entire family. He had seen it already, and for some weird reason (which I still don’t understand how) I understood from him that it was a Japanese film… Yeah, still not sure where I got that idea from, but suffice to say I was a bit startled when the actors all turned out American and were just talking plain English.

I did like that first movie though, even if it left me feeling pretty disturbed afterwards. I never got around to seeing any of the sequels, mainly because I’m way too squeamish for these type of movies. The gore-and-blood level of the Saw sequels just seemed too much for my tastes (I wonder if there is such a thing like a toned-down cut of the movie? I wouldn’t actually mind watching it, if I knew the ickiness factor wasn’t there). 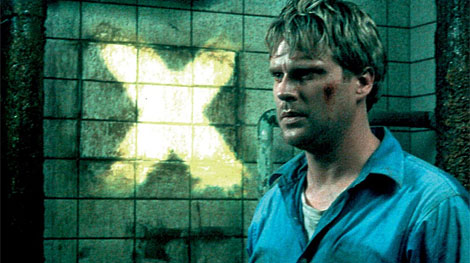 Anyhow, the lovely people from the BFI IMAX have offered me a pair of tickets to their special Saw All-Nighter on Halloween to giveaway here on my blog! They’re screening all six Saw films back to back, including the newly released Saw VI. There will be free tea and coffee available during the breaks and the bar will be open until the last film starts. The tickets are £26 (and only £16 for students), which is a great deal for 6 movies!

The rules are the same as usual. Leave a comment behind here answering the following question: “What would be your perfect Halloween costume?”. Anybody above 18 is free to enter, but you must be able to come down to London on Halloween to enjoy your prize. The competition ends on Monday 26th 14:00. The winner will be contacted later that day.