Wow, I can’t believe we’re already halfway through the year! I haven’t been that great with reviews the past few months though, so I thought I’d catch up at the halfway mark covering all the things I’ve watched/played/read but hadn’t had time to blog about. In the next days I’l be posting the different mini reviews for movies, games and books! 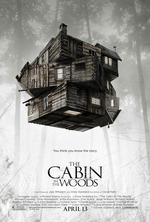 The Cabin in The Woods

If you haven’t seen Cabin In The Woods yet, go and watch it when you can (the DVD is out on September 24th). It’s a horror about a bunch of college students who drive out for a vacation to a remote cabin in the woods (obviously). It’s co-written and produced by Joss Whedon, so it’s not your typical horror movie. It was shot in 2009 and then got stuck in limbo for 2 years, and it’s funny watching some actors we now know before they were popular (Chris Hemsworth from Thor and The Avengers, Jesse Williams from Grey’s Anatomy). I really enjoyed it and it’s definitely in my Top 5 of this year so far. 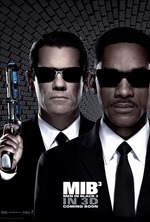 I still can’t quite believe that the first Men In Black came out when I was 13… that’s more than half my lifetime ago. I loved that first movie though and it was great to see the characters return to our screens. This time around K (Will Smith) has to travel back in time to save his partner J (Tommy Lee Jones, and Josh Brolin as his younger version) from the evil alien Boris (Jemaine Clemant). Even though the time travel doesn’t completely make sense (but let’s face it: when do movies ever get time travel right?), it’s a fun story with a couple of entertaining actions scenes. 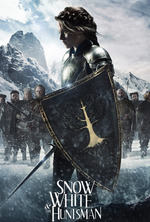 Snow White and The Huntsman

I should have known what I was getting into with this movie, when I found out one of the tag lines for it was “From the producers of Alice In Wonderland”. I feel quite similar to Snow White and The Huntsman as I did with that movie. Visually it’s gorgeous: the set design, the costume design and the awesome special effects, it all creates a magical and slightly creepy world. Plot wise though it’s lacking emotion; you never get to connect and feel for any of the major characters. With the movie being called Snow White and The Huntsman I was expecting for it to, you know, actually be about these two central characters, about their relationship and their journey. Instead their relationship never amounts to anything satisfying or meaningful. 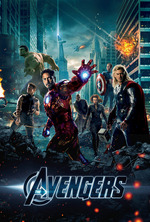 I’ve been waiting for this movie for 4 years and it’s lived up to its high expectations! The Avengers is a great action-filled movie finally uniting the Marvel movie superheroes from the last few years: Iron Man, Captain America, Thor, Black Widow, Hawkeye and The Hulk. It was great to finally see them working as a team, and the action scenes really highlighted each of their skills and how they could be combined. I wasn’t expecting there to be so much funny dialogue though, but with Joss Whedon writing/directing I should have seen that coming; there are so many great one-liners, I was laughing throughout most of the movie! 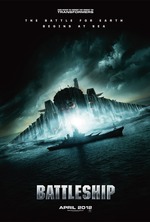 Ehm, yeah… before you start, let me explain myself: I’ve got a Cineworld pass. I was already at the cinema having watched Cabin In The Woods and Salmon Fishing In The Yemen and thought: why not? And it’s not as bad as I thought it would be. Yes, the acting sucks. And the story doesn’t make sense at all. And the characters aren’t likeable at all. Hmm, it doesn’t have a lot going for it, I’ll admit. However I really liked most of the action scenes with the battleship sequences and ship maneuvers, and for me that was fun though to sit through the rest of the movie. 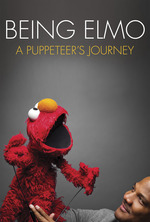 Being Elmo: A Puppeteer’s Journey

I finally got around to seeing this documentary last week. It’s a look behind the scenes of the Jim Henson studio, specifically about the guy who “created” Elmo, Kevin Clash. I grew up with Sesame Street and all the other Jim Henson TV shows and movies, but I was young enough to never know that Elmo wasn’t originally part of the main puppets. Elmo was never one of my favourite characters; in fact after my ex Spanish housemates decided to get a Tickle-Me-Elmo (and would play with it for HOURS and giggle in the most annoying way) I really started disliking the character. The documentary really shows the story behind Kevin Clash’s journey into puppetry and made me appreciate Elmo in a way I hadn’t before. 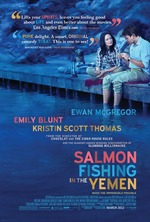 Salmon Fishing In The Yemen

This was a cute little movie about a salmon expert (Ewan McGregor) who gets hired by consultant (Emily Blunt) to help a sheikh fulfill his vision to introduce salmon to the desert country of Yemen. I’d sort of describe it as a romantic comedy-drama; it doesn’t have all the usual cheesy romantic comedy suspects, plus it also has its serious dramatic moments. 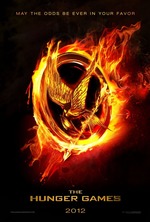 I read and loved the books (well, I loved the first one, the rest were a bit meh), so I was curious to see what they would do with the movie. If you’ve been living under a rock and don’t know what the movie is about, think Battle Royale meets American Idol: a reality tv show about teenagers fighting to the death. It’s been done before, but the unique thing in The Hunger Games was how you get to see (== read) Katniss’s ideas and thoughts on how to survive and how she needs to manipulate people. I thought it was going to be tricky to express those emotions and motivations on screen, but I think they succeeded quite well in that. Katniss is such a complex character and it was great seeing Jennifer Lawrence in that role. 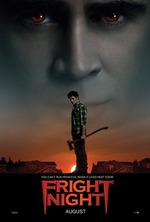 If it wasn’t for David Tennant, I don’t think I would have given this movie a chance. But he’s in here as the over-the-top stage musician Peter Vincent who helps teenager Charley (Anton Yelchin) deal with his vampire neighbour (Colin Farrell). It’s cheesy as hell, but, hey, it’s got a shirtless David Tennant, what more do you want? 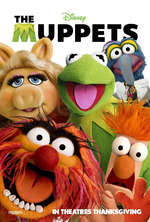 As I said above, I grew up with all the things that came out of the Jim Henson studio. My absolute favourites still remain Labyrinth and The Dark Crystal, although The Muppet movies all come a joint third behind those. I was really happy to see them bring back The Muppets this year and I enjoyed most of it. Our protagonist is a new muppet character Walter and he basically represents all the muppet fans: he’s the ultimate muppet fan and wants to see The Muppets all together again, performing as they used to. The Muppets have all gone their separate ways and it’s both funny and depressing to see where some of them end up. I also loved the new and the old songs they performed in here. What I thought didn’t work though were the human characters; I normally love Jason Segal and Amy Adams, but I didn’t like their characters at all and I thought their story didn’t contribute much to the overall movie. 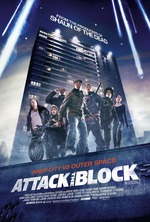 I finally got to see this movie a few weeks ago and it’s so much fun. Set on a council estate in London, it follows a bunch of kids in a street gang who need to defend their “block” from aliens. I liked the design of the creepy aliens (even though I’m pretty sure they used adapted gorilla suits, which makes them slightly less creepy); they’re not your usual movie aliens. The story is a bit simple, but it’s definitely quite enjoying to watch.