As I’ve said many times this week already, I’m planning to write more reviews instead of doing these massive roundups. Fingers crossed that this is last one for a while! I only managed to write 1 review from the 13 books I read between July and December 2012 (read it here: Ashes of Honour by Seanan McGuire) which means I now have to do reviews for 12 books… So I’m splitting it up into two posts: 6 book reviews today, 6 book reviews tomorrow. 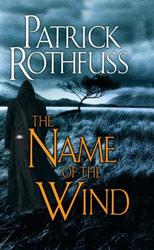 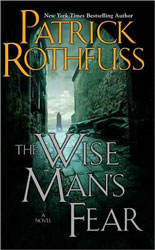 I had heard a lot of great things about The Name of The Wind and I can’t believe how long I had it on my shelf until I finally read it. I loved loved loved it. It’s beautifully written and one of the best fantasy stories I’ve ever read. I love the story within a story structure; the book opens with a small town young innkeeper who we learn is “Kvothe”, an infamous and mysterious magician/assassin/warrior/kingslayer trying to hide from his past. After being discovered and convinced by the storyteller Chronicler, Kvothe decides to tell his life story, insisting it will last 3 days (one day for each book).

There’s so much I loved about these books. They’re beautifully written, have great characters (that actually grow) and a great story with an awesome world and magic system (the magic system is unique, based on what seems like almost realistic physic and chemistry principles). The story feels epic, even though we’re only following the life of one man. But what a life! I loved the juxtaposition of the young Kvothe and the older Kvothe telling the story; you just know so many things are going to happen to him to make him turn out that way. 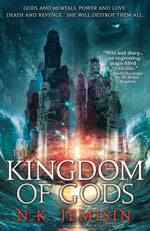 The final volume of the Inheritance trilogy. It’s an interesting series; together the three books work as a cohesive whole, yet they can also be read by themselves and each is about a different set of characters. This concluding story is set a few decades after The Broken Kingdoms and is about Sieh, the godling of chidlhood. It’s again an amazing read; N.K. Jemisin has such an original and beautiful style. 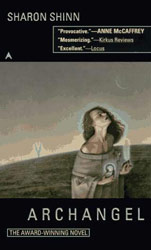 This book is the first part of the Samaria series, about the angels and mortals who live side-by-side in the world of Samaria. Legend goes that Jovah created the angels to oversee Samaria, protect humans and answer their petitions. They can pray to Jovah through song, which grants them special abilities (like making it rain). Each year the Archangel and his consort, the Angelica, need to lead the Gloria, a mass prayer to Jovah (again through song) otherwise the god would destroy the world.

The book is about a new Archangel, Gabriel, who must convince the mortal Rachel to become his consort and prepare for the Gloria. It’s an interesting read and definitely a cool premise. I didn’t like the characters that much though, but as the other instalments won’t feature these two again, I’m going to continue with it. The only thing that bugged me though is there’s a sort of summary/description about the entire series on the first page of the book which contains I think a massive spoiler/twist. I first thought they spoilt the end of this book, but it doesn’t even happen in this one! I’m a bit peeved off by that, but to be honest I think there were enough clues that I might have figured it out myself anyway (as in: I’m not sure this twist is meant as a twist for the reader or just the characters). 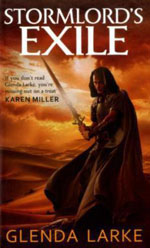 This is the third and final book in the Watergivers trilogy. I remember having read this and enjoying it, but honestly I don’t remember much about the story. I’m sure it was a good end to the series, but well, obviously a bit forgettable. 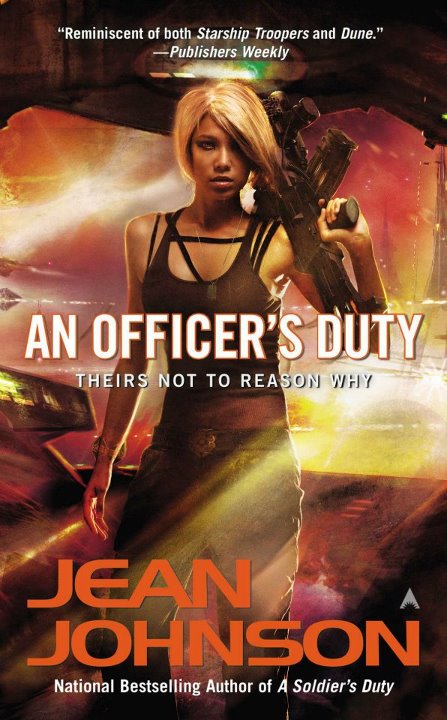 An Officer’s Duty by Jean Johnson

I loved the first part of this series and this second one is even better. The first book introduced us to Ia, a woman with incredible psychic abilities who saw a vision of how the world was to end in 200 years time and all the paths leading up to that event. She knows exactly what she needs to do and what she needs to convince others to do to make sure it doesn’t happen. Her powers aren’t perfect though and in this book she has to deal with the one thing that might disrupt her plans: a man whose future she can’t see.

If I have to admit it, this series is a bit over the top and unbelievable. Ia’s powers are ridiculous; she’s telekinetic, pyrokinetic, elektrokinetic, telepathic, postcognitive and precognitive. You’d think a story about someone as “perfect” as her wouldn’t work, but despite that though it’s a great read. I can’t wait to see where the next one takes us.